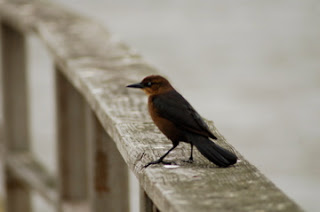 I know a man who is dying --- his numbered days are running low. But wherever he goes and whatever he does --- he spreads LIFE.
It's inspiring to watch --- it makes everyone near him look "up".

I know a woman who is living --- but wherever she goes and in almost everything she says --- she spreads death and destruction and blame on others.
It's so sad to watch -- it makes everyone near her wither.

I adore him --- want to be like him --- am learning from him.
I adore her --- have been like her too many times --- knee time with Abba changes everything.

One sees God and wants to serve HIM.
The other has lost sight of Him -- and wonders and wanders. 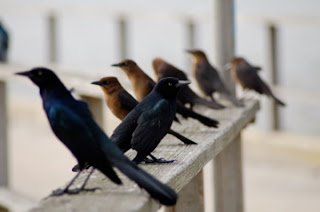 Last week i came near both of them. Praying "God, how do you bear it, some are so grateful, some so grating."(i have been both --- i could still be both --- we get to choose --- because of Calvary)
... Grace unending.

Manna is given us everyday -- still.
When we wanted steak, but got cereal.
When we hoped for vacation days, but got more deadlines.
When we ate all our broccoli for all those years, but the test results came back with bad news.
Those things that allow us to plod along, but make it so hard to keep a light skip in our steps.
Manna days can be so hard.

But then we see a warrior in a withering body, "eating" his manna like it's a filet mignon just off the grill.

And we are wise to remember...

God heard cries in Egypt. He sent Moses to lead them out of slavery. God was in the middle of saving them ---- but they couldn't resist the urge to complain and murmur.
Even as a little girl, i remember being appalled at the whining people Moses was tasked to lead to the Promised Land.

God had done so much for that rag-tag group of Israelites.

He has done so much for us ragamuffins as well.

But we, like them, can be relentless in our murmuring.

What are we thinking?

In slavery, the people cried to God for help. They needed His help --- when Pharaoh gave orders that every boy born must be thrown into the Nile ---- only God could help.
Their life was bitterly hard.
"The Israelites groaned in their slavery and cried out, their cry for help went up to God. God heard their groaning and he remembered his covenant with Abraham, with Isaac and with Jacob."
Exodus 2:23b-24

God heard ---- and even while they were still suffering ---- He lit a bush in front of Moses.

Time passed.
Moses obeyed.
Pharaoh finally handed over the Israelites.
They were free; headed to the Promised Land ------ but...

Chapter 15 of Exodus begins with them singing to the Lord for His great goodness...
"I will sing to the Lord, for he is highly exalted..."

Chapter 16 begins with their grumbling complaints.
"If only we had died by the Lord's hand in Egypt! There we sat around pots of meat and ate all the food we wanted, but you have brought us out into this desert to starve..."

He responds by sending the Israelites manna. He again hears and responds.
Those were Manna days for the Israelites. Tough yes --- but not hopeless.
Oh God --- how often do we/i sound just like these groaning spoiled Israelites when we find ourselves in Manna Days?

But just a few verses later their tongues wagged further---
"but now we have lost our appetite; we never see anything but this manna!” Numbers 11:6 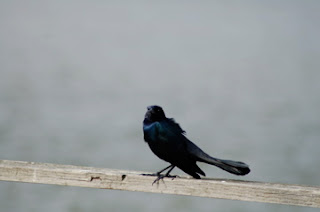 Thank you God --- for the walking wounded warriors --- who don't carry the torch of the Israelites --- but instead they feast on the manna they're given and inspire us to dig in too.

Like the man with an overflow of life coming from his failing body.
----- he cares more for others than he does himself
----- he does not focus on what is most comfortable, he is centered on what is right
----- he wants more for others than he himself can have
----- his "good fruit" overflows into many fields -- mine included (and he doesn't even know)
----- his legacy increases every day

Our humanness (flesh side) might compel us to complain and whine.

But our God-likeness (if we are Abba's own) ---- can raise us up above our humanness. It enables us to take our eyes off the problem and be sincerely, deeply, grateful for "manna". 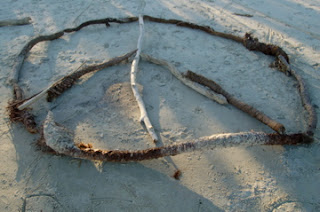 how you choose to "overflow".