The Odds are Actually Against us......but He Isn't 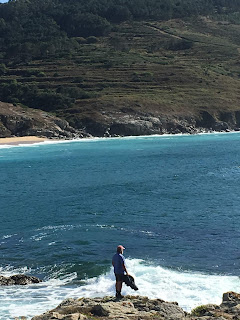 When something happens in our lives, or something is about to happen........
When we step into the places of meta-cognition, and actually slow down enough to think about what we're thinking about...........
When someone says something to us or sometimes even worse, when they should have, but they didn't...........
At almost every juncture of human interaction, it can happen in the blink of an eye.

We form a view, we develop an idea of what we think they meant by what they said or did. We adopt an internal view that can compel our response, or we may stay silent and keep it to ourselves. They too are forming their own view of the situation. Hopefully both views are positive. We can hope the heart and mind of both individuals is upright and well-intentioned. If so, it's the best chance the interaction will land in good places. But here's the craziness of human interactions ------- even when both participating parties are good hearted and well-meaning -------- so often something that should have glided through smoothly, inadvertently turns sideways, a clog-up forms, and one or both people can walk away a bit quirked on the inside.

Good grief, it happens quicker than lightening. And always the thunder boom comes afterwards, sometimes in the far distance, sometimes close enough to rattle a heart.

The thunder-moment comes when we realize the odds have worked out against us.

It's terribly important we realize, that when lightening strikes, it always causes damage! Every-time. When we hear the thunder roll, it is telling us that somewhere, something just got whammed with upwards of one billion volts.
If the thunder roll is far away, we know the impact was miles away. But when the thunder rumbles our own chest, we know the volts did damage up-close.

Lightening is much more clear than human interactions.

Here's the skinny of it. When we have a conversation, whether through verbal words or body language, we must remember -------- two thought-clouds are coming near one another ------- and if they collide, emotional-lightening will be produced. Emotional-thunder lets us know damage occurred. For some people the lightening's damage shows up quickly (the sanguine and choleric), but for some the damage that occurred will show up in more distant thunder (phlegmatic and melancholy). But, the impact happened, the damage is there and the wise among us are cautious on the front side and quick to care in the aftermath.

Hang in here with me for the real dilly of it. (As if lightening and thunder isn't big enough........)

When communicating with one another, there is usually something of importance to convey. Whether it's the list of items needed at the market, the information needed to complete a task, or the way we feel concerning a previous interaction, what we need to hear from another needs to be heard in right ways. What they need to convey needs to be said in right ways.
And right there at the birth of the conveyance ----- we can see four ways it can go.
Two are positive: it was said accurately and it was heard accurately.
Two are negative: it was said wrongly and it was heard wrongly.
Then consider the crazy that comes when perhaps it was said right, but heard wrong..................

Add in the timing, tone, facial expressions of the speaker ------- and then timing, mood, and previous interactions of the day for the listener, and you have more levels of multiple options for negative or positive understanding. 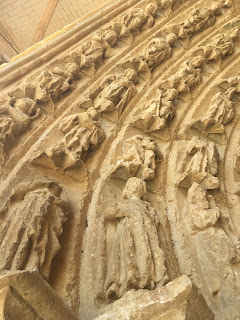 Some might want to click delete now. I totally get that. The thinking that says, “Good grief it's just too hard and i'm already tired from all life's other pressures. There's no way I can win. Why even try?”
But oh let's reign in that runaway horse and remind it of who is in the saddle.

The phrase, “There's no way I can win”, is a BIG reveal and we must keep it exposed and defeated.

Winning isn't wonderful when alone is attached to it.

And if someone else had to endure the emotional-lightening of about a billion volts, they're not going to want to keep standing close to the one who keeps delivering the impact.

Winning matters in war and the Olympics. One wins, all others lose.

Winning in relational interactions can only be accomplished with two or more winners. No losers are allowed on the field.

Every divorce i've ever heard of meant that one had demanded they had to “win” OR that one was exhausted from being forced to lose. That's when marriage looks more like war than love.
And even if the “one” thinks they've finally found a way to win, in the end, there's so much rumbling thunder in the skies, the damage done will take years to repair if reparation is even possible. Sometimes “winning” is the worst thing that can happen.

Winning and losing is the wrong goal in relationship. It's right for a world-war ------ but wrong in a home.

And communication is the key that turns the lock one way or the other. It will either unlock what had been locked up tight, or it will lock up what had previously been open.
Communication. Is. So. Important.

In 1967, Dr. Albert Mehrabian and Susan Ferris conducted 2 studies of 30 females trying to determine the correlation between verbal and non-verbal communication. They wanted to determine which weighs in heavier? Which carries less impact? The results of their study have been widely shared and wrongly communicated.
Interesting.
A study on communication being w-r-o-n-g-l-y communicated. Gotta grin, don't we?
He's famous (much to his chagrin) for the 7-38-55 theory. Broken down the study implied 93% of communication is non-verbal. His theory proposed the breakdown as: 7% being verbal, 38% vocal (tone), and 55% visual (expression).
But wait. All this could come from two studies with 30 females?

And yet, can we remove the numbers and percentages and look at the realities they expose.
We might walk away with gold in hand.

How someone says what they say is much more impactful than the actual words they use. Don't we already know this?
I can say, “I love you”, with a hawk look in my eye ------- and it can become a scary string of words.
Or I can say, “I love you” with gentle eyes, leaning forward, arms uncrossed and it becomes a safe, kind string of words. Add to the words the prior actions that validate the words and the communication can land without complications. As long as the “runway” is clear of debris. Because the receiver either has or does not have the ability to “hear” and believe.
No matter how expertly a pilot is able to land the plane, if the runway has been bombed and boulders cover it ------- the plane can not land.
So ------ communication requires both the giver and the receiver to allow goodness and kindness and what is upright to land between them.

What is upright will bring a rightness to the space between them ----- no voltage ------ no winners or losers. Just both parties bringing the desire for good to fill the space.

It's not easy.
It's actually immensely difficult.
Add in the reality that there is an enemy that wants healthy relationships to fail. That enemy wants to isolate, and separate, and make people feel alone.

Relationships are pre-determined to struggle. There are at least a billion ways it can go wrong ---- as each bolt of lightening can deliver that many volts ------ so each string of words can bring lethal damage if not carefully handled.

Therefore ----- to know the seriousness of each communication ---- to “think about how we think” about communication ---- to begin the work of crafting our words, gestures, facial expressions, and actions as if we're intentionally painting our own private Sistine Chapel. Every stroke of Michelangelo's brush was intentional. He never once could allow a messy, careless slinging of paint.

Intentional .............. to remember that everyone who catches a glimpse of the-authentic-beautiful might be willing to try and carefully put paint to brush on their own relationship-canvas. 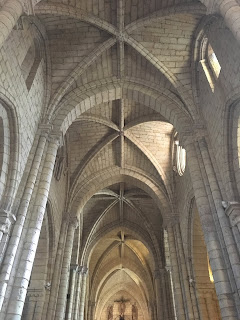 For this to actually happen we must lean away from the wild-card-ways and careless-words flung around in this limping world. And remember ------- the One who created us knows the best way through the landmine of communication in relationships. He said, “Be kind. Be gentle. Be patient. Consider the interest of others. Love one another.” It's sprinkled all in God's Holy Words.

And isn't Jesus the ultimate example of intentional living. Wow! 30 years of waiting.........3 years of ministry........... knowing His death and resurrection would be needed. He was, is, and will always be the way. The truth.

Considering the reality that there are about a billion ways communication can fall short ------- it compels me all the more to hold tight to His robe, walk at His pace, do what He says, and “speak” carefully (using words when needed).
We must face the reality ----- that the odds are against us ----- but there is ONE who is forever, faithfully for us.
Run your race, speak carefully, hold the Robe. 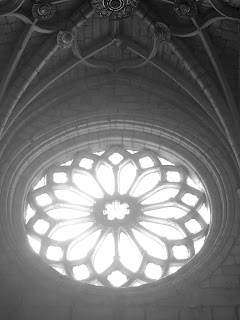 Imagine ----- this is what flooded through my heart before my feet touched the floor this morning.
No wonder I grab coffee and His word before the sun slides over the horizon. :)

Posted by Donna Taylor at 9:04 AM No comments: