Walk into a space filled with people, a restaurant, a store --- it works anywhere you happen to find yourself with others. And just imagine over every person's head a bubble caption appearing for your eyes only. On the captions, what if God allowed you to glimpse into their hidden lives. The places they work so hard to keep hidden when others come near them.
The hurts they cover.
The wounds they are nursing.
The things they most fear that are looming near, suffocating them --- but they feel they must keep hidden --- to maintain their appearance of "normalcy" in this performance driven world.
Or imagine if the bubble revealed the thing they most despised about themselves.
Or the hardship they would face in the next 12 months.
What if you could know ----- by some divine revelation ---- what had hurt them most in the past or what would grieve them most on their horizon.

Would you look at them differently?
Would you care for them more?
Would you be able to look past their aloof, pretentious, pasted on exterior ---- and love them deeply? 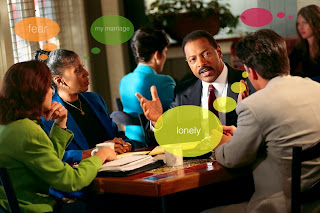 This has been an ongoing occurrence for me for several months now.

I sit in polished rooms filled with polished people doing polished things with polished smiles and feel overwhelming love and care for the unpolished hidden parts they carry.

It's one way God overflows His Grace.
To know there is more than your eye can see ---- and it's the "more" that matters the most.

This new way of thinking began a few years back for me --- in such an odd/funny way.

I was driving down our local expressway when a car sped up behind me, rode on my bumper for half a mile, then whizzed by me narrowly missing a car in another lane. The old donna --- well she would have been critical of the dangerous maneuver and hopeful a police car was waiting around the next curve.  But on this particular day a new thought came ----- what if that guy has... ----- well, what if he needs... ---- pardon me here, what if he is having serious stomach cramps and is in desperate need of a porcelain throne (after all he is acting like he's king of the highway). What if wild diarrhea is knocking in his gut -------
Well -- while he should drive more carefully for sure ---- i could honestly understand his mad dash between cars in an effort to ---, "save the day"(or at least his clothes).

So while his unkind actions on the highway were inappropriate ---- i actually began laughing right out loud as i slowly, safely made my way home with my calm, peaceful digestive system. God is good.

Since that day --- every rear-ender that has invaded by car-space ---- i've seen in a different light.
It's true. They might simply be an unkind, selfish person acting as if their agenda mattered more than mine. But God had given me a perspective that allows peaceful grace to flow --- and i'm all for that.

Mark Gungor shares a story in his book "Laugh Your Way to a Better Marriage" that fosters this same new perspective regarding others. The story goes...

"... one Sunday morning on a subway in New York, people were sitting quietly --- some reading newspapers, some lost in thought, some resting with their eyes closed. It was a calm, peaceful scene.
Then suddenly, a man and his children entered the subway car. The children were so loud and rambunctious that instantly the whole climate changed.
The man sat down next to me and closed his eyes, apparently oblivious to the situation. The children were yelling back and forth, throwing things, even grabbing people's papers. It was very disturbing. And yet, the man sitting next to me did nothing.
It was difficult not to feel irritated. I could not believe that he could be so insensitive as to let his children run wild like that and do nothing about it, taking no responsibility at all. It was easy to see that everyone else on the subway felt irritated too. So finally, with what I felt was unusual patience and restraint, I turned to him and said, 'Sir, your children are really disturbing a lot of people. I wonder if you couldn't control them a little more?'
The man lifted his gaze as if to come to a consciousness of the situation for the first time and said softly, 'Oh, you're right. I guess I should do something about it. We just came from the hospital where their mother died about an hour ago. I don't know what to think, and I guess they don't know how to handle it either'..."

Steve and i stood in a busy restaurant recently (a date night gift from friends). The place was packed, people were up close and personal all around. Close enough that we could too easily hear several loud conversations going on around us. One was angry over the wait, another wanted to wait in the bar but was ill with her companion for not wanting to join her there, another was flirting with her date, on and on it went. A verbal menagerie of sorts.
I leaned over to my dear Steve and said ---- "just imagine if every person here had a revealing bubble over their head."
"What would be written on the bubble?" he asked.
"You get to pick", i said. "It could be what they are thinking right now or what they are working so hard to hide or what they have just endured this year or what the coming year will painfully require of them."
Steve said, "oh goodness, if we could see those things, we'd love them like crazy no matter what was coming out of their mouths wouldn't we." 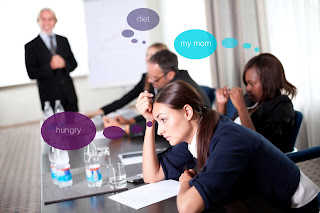 "And above all things be earnest in your love among yourselves, for love covers a multitude of sins." 1 Peter 4:7

(photos from internet - caption bubbles added for this post --- thank you Maggie :)