(Warning: This sharing is raw and “uncensored” in ways I usually censor myself. I'm angry today. I've been angry for a while now. I've stayed quiet. I'll be quiet again tomorrow. I won't enter into debates and if ugly comments are left in postings I will delete them. For most of my life i've hesitated to speak strongly. People pleasers don't like to ruffle feathers on other birds. Today, anger is overriding my southern-genteel-ways. I will not discuss these words with those who think their political opinions matter more than they actually do. I'm simply stating the anger that's boiling over inside me and trying to do it in an appropriate place --- not in anybody's face. So, you might not want to read this sharing. It might make you angry with me. If you do read, and if it does make you angry ---- i'm sorry. This is not personal. It's just the raw me. Proof again of just how much I need God's help.) 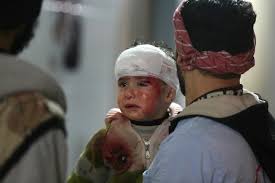 The Holy Words shake me. Shake me.
They can comfort. They can reassure. They can guide or bring clarity or correct me hard.
But oh sometimes they shake me just as surely as if the ground moved under my feet.

It happened again, and it's kept a strong vibration shaking in my soul. That means it's time to try and ink it out on paper. It helps to bring heart to paper and see the clear contrast between what felt like muddled ink inside me sitting rightly in front of me. Doesn't mean it is “right” when it comes out - but only that it's no longer a blur inside. Sometimes comprehending/facing the wrongs of this world can sit better when they come out and are exposed. Maybe, we can better figure what to do with them when they are in front of us rather than hiding out inside us.

And it vibrates still because we live in that same-same world today ------- don't we?

If you're fortunate enough to live in a place where the agonies of many aren't physically in front of you every day, then you might have just quirked your face a bit at that last sentence. Implying that we live in the same-same days of Judges..... what is she talking about?

People might think they “know” a thing when they read it in the paper or watch it on the news reports. In truth, we may know of it, we may have become aware, but we do not actually KNOW a thing simply because we've been told about it. Sadly, some people believe they know something after reading it on Facebook or other social media outlets. If you know me well, you know, I do not eat from the media troughs (social or network); I do not believe something just because a reporter or facebooker says it. Wisdom might tell us to learn more about a thing, but we should not act as if we know anything prematurely. And a news report is not a good teacher.

When I read the words in Judges, “In those days, the people had no king and they did what seemed right in their own eyes”, I shutter. Always before, those words have seemed somehow far away from me. Distant words spoken concerning another place, another time. But, I cringe, because I know they are as true today as they were when Samuel penned them. It happens so often, we've perhaps become numb to it. People doing “their own thing” at the cost of others, and getting away with horrific offenses that are too often ignored, tolerated. Oh i'm angry today.

I bet the “haters” of President Trump would sit down and finally be silent ----- if they had to endure one term of a dictator like Syria's Bashar al-Assad. I bet words would change dramatically if those with such strong opinions were the ones holding a dying child while its body writhed in agony and it foamed at the mouth because a dictator had unleashed chemical bombs. And one week later when the airstrikes began as American, United Kingdom, and French forces bombed and destroyed the known storage facilities of future chemical attacks, I bet they would be thankful to see a powerful force standing against what had destroyed that innocent, precious child.
I THANK GOD for a President who will stand toe to toe with a monster in Syria and say ----- we will use our power and strength to stop you from killing innocent people!!!! and yes, i'm a mother who has a son preparing to enter into those places where protection is needed against monsters who terrorize. 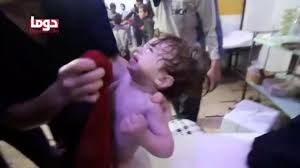 Until those who have such domineering opinions have suffered and learned and truly KNOW what they are talking about ---- they have NO right to speak.
Until they have served in the places where monsters destroy innocence and something bigger than them was needed to come to their rescue ------ they have no voice against those who are trying to do the best they can to help.
Until we've literally felt the weight on our shoulders ----- we should NOT be telling someone else how they should carry it.

So, today is a very different kind of post than any i've ever written before. Because today i'm “reaching for the Robe” of healing --- needing help to process out and lay down the intense anger I feel over being in a world where people do not honor the KING of KINGS, and instead they just do what seems right in their own eyes. (And sometimes they talk about what seems right in their own eyes.) I'm sick of hearing their opinions --------- in a world where we need to roll up our sleeves and DO GOOD!

Suffering always comes, when people do not honor the King.
Suffering always comes when people just do what is right in their own eyes.
People do not know the way of goodness.
The King knows the way.
God is the King.
We must follow Him.
And pray for those who carry great weight on their shoulders. God will put great weight on the shoulders He knows can carry it.
(Opinionators around them are like knats and fleas.)

President Trump said yesterday, “We look forward to the day when we can bring our warriors home... We pray that God will bring comfort to those suffering in Syria. We pray that God will guide the whole region toward a future of dignity and of peace. And we pray that God will continue to watch over and bless the United States of America.”
President Trump reminds me of Peter in the Bible. He talks too much sometimes. He says the wrong things sometimes. He is far from perfect for sure. (But, remind me now, exactly how many of the opinion-mongers are perfect?)
Still, President Trump is clear about this. He speaks with the One who is above all things and is brave enough to follow His lead.
I'm praying for President Trump as he leads the most powerful military force in the world against a powerful evil that will not be stopped with mere words. Evil feeds on the fodder of opinions, but it is never stopped by them.
Weeks ago, we sat by a lake in the Great Rift Valley, and felt the earth vibrate under us. We could see the vibrations rippling on the water.
The earth was moving under our feet.

Our only hope for a better world is if our opinions can be made subject to the heart of the King and we work together for what is good, for what honors God, and helps others.