Breathing in Grace - Breathing out Gratitude 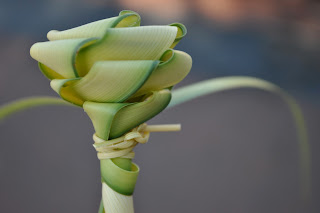 We watched a movie telling the story of "Ruth". A whole book in the Bible is given to us about her ---- her story must matter. She is a beautiful example of humbleness, gentleness, faithfulness, and thankfulness. Ruth has taught me more than most walking, breathing women. She still speaks, long dead now, but the value of her is kept alive by the One who noticed her gratitude and included her in the lineage of Christ.
Ruth would hardly find a place to fit in today. She gave, served, held others in higher regard than herself, worked hard, expected nothing for herself, was willing to suffer, did not assume she deserved more, cared more for others than for herself, assumed the position of lowest esteem, did not fret about her future, noticed the needs of others while seeming to not notice her own. She was/is a beautiful picture of grace.
People like Ruth sit at my imaginary table many mornings as i seek.
Seek truth.
Seek what is right.
Seek my Father's ways.
Seek after His purposes for the day.
There's no simple-mindedness here -- i've not lost my marbles --- but i often think of the ladies of "greatness", i study what we know about them, how they pursued God's ways, what were the results of their work, who noticed, who didn't, what legacy was left after them, who was effected, what did they focus on, what did they choose to overlook, who was blessed, who was seen, what mattered most in the end, to who, ----- and does any of this match up with the world today??? How can the stories of the greats be seen in the world around me today? Because if there is greatness around us proportionate to the greatness lived out by the saints, it would most likely be very obscure. Unnoticed by the masses. Quiet. Magnificently mundane or ordinary. But life altering in God's hands.

There is so much that can be learned by studying the lives of those who accomplished much with little ---- because God touched their obedience and brought much from it.

The beautiful souls around us, the Ruths, are usually so busy doing the next right thing --- they are overlooked and unnoticed in the rushed pace of this world. But, they are noticed by Yahweh, they have His full attention. It's interesting --- those that are noticed most by the world --- get rewarded most in this world. But those who go unnoticed by the "world" are seen by their Father --- and their rewards are yet to be revealed. Such a beautiful mystery.

In my minds eye --- i see Ruth as a very thankful woman. She was a lady who lived for others and not herself. She was grateful for the grain she was allowed to glean. She did not expect to have the first from the fields, she did not expect to have a large amount. She only looked for what was needed, and after the others took the lions' share. She did not bend her back and pick up the leftovers for herself, she had the needs of her mother in law in mind as she worked.

Ruth was grateful for the portion she received. Never once does the writing of her story expose a self-centered lady who felt entitled to more. God was the One who saw to the ultimate reward for Ruth, she did not demand nor manipulate it.
She is a beautiful example, a lovely reflection of what God looks for in His daughters.

The first way of thinking/living trains us to be grateful and to live with the mindset that spotlights the kindnesses of others towards us. We see them and what they did, and we appreciate...

The second way of thinking/living is deceitful. It moves us into a position of entitlement --- which is a slippery, muddy, dangerous hillside. We begin thinking we are entitled to something because we have "earned" it.

Here's a silly, lighthearted example of entitlement vs. gratitude thinking:
A husband appreciates his wife and sees all the hard work she does. He offers to take her out to dinner rather than looking to her to cook dinner. The wife feels "entitled" to dinner out because --- after all -- she works hard and "deserves" a break. So she accepts the dinner out with a slight air of entitlement rather than thankfulness for a husband that appreciates her. His kindness is lost to her.
But...
The wife that lives with gratitude on her lips --- will be thankful that her husband appreciates her and express her gratitude with a sincere "thank you" for dinner out. After all --- he didn't "have" to offer dinner out.
It seems so simple ---- but can so easily be twisted and overlooked.

When we feel we are "deserving" of something because of our previous actions  --- our Lord sees this -- and remembers the fullness of truth.

We all --- every last one of us ---- should hope to NEVER have to receive what we "deserve".
In truth --- if we want to be "rewarded" for all that is good about us --- we should expect to also receive what we deserve because of our sinfulness.
If we got what we deserved ---- we would not want to have to receive it.
"For all have sinned..."
And the "penalty of sin is death"...
But because our Savior hung on the cross in our stead ---- we somehow begin thinking we "deserve" something "more" and are entitled to it.
But the truth is -- that since our Savior hung on the cross and paid for our sins --- we are covered in His grace and blessed beyond what can measured. Our every breath should be laced with gratitude --- since our every breath is covered by His grace.

This Thanksgiving --- may we all --- lay down any deceit of entitlement and wrap ourselves fully in the cloak of His grace over us. May each step moving forward be placed on the path of Gratitude -- realizing that path leads towards helping, serving, caring for, loving, and giving up ourselves for others.
May the words ---- "i've worked hard ----- and so i deserve..." become triggers in our hearts and minds to pause, and remember ----
we do not want -- what we really deserve.
Instead, may we live with a perpetual attitude of constant gratitude. 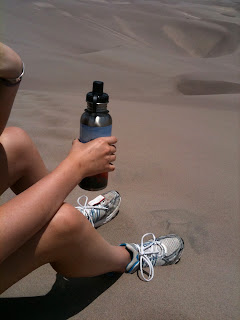 It might not be the the strategy that will move us up the corporate or social ladders of this world. But in the arenas where God is at work --- it places us in the perfect positioning to SEE GOD.

May Thanksgiving be a moment by moment way of life,----
and may your heart, mind, and soul be fully expanded as you practice


breathing in grace and breathing out gratitude.

"It is better to deserve honors and not have them
than to have them
and not deserve them."
Mark Twain


"Love must be sincere. Hate what is evil; cling to what is good."  Romans 12:9
"Let the peace of Christ rule in your hearts, since as members of one body you were called to peace. And be thankful." Colossians 3:15

"So then, just as you received Christ Jesus as Lord, continue to live your lives in him, rooted and built up in him, strengthened in the faith as you were taught, and overflowing with thankfulness. See to it that no one takes you captive through hollow and deceptive philosophy, which depends on human tradition and the elemental spiritual forces of this world rather than on Christ."  Colossians 2:6-8