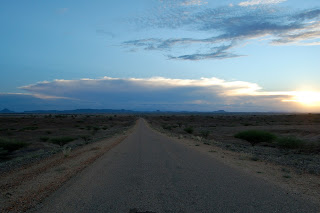 Reading through the Old Testament again, this time in the Message translation, the books of Numbers and Deuteronomy and Leviticus can be grueling (am i allowed to say that?...) God surely knows it is true. I often imagine myself as a little girl on a treasure hunt (like looking for the prize egg at Easter) when combing through the details of old testament laws and sacrificial regulations. Thinking, "surely there is value in the details here". And so i diligently read on and store it away -- wondering when in the world i'll ever need to know the rules for purification of skin diseases in the Israelite camp or who beget who and which tribe lived where.
I've often told those i love and spend time with ---- usually it's in the obedience of reading His Word that we are silently transformed. Not necessarily because we have "acquired" something needed for that moment (although that does often happen), but more because of the gradual transformation that takes place. God's Word is alive and it transforms what comes near it.

It was in the midst of these sometimes arduous chapters that God overwhelmed me with a revelation of great value. A realization that i assure you, would not have been born from my own mind.

In these Old Testament books the people sacrificed many, many animals to God. Grain offerings, fire offerings, drink offerings, whole-burnt offerings, made with lambs, doves, rams, oxen, etc.. Many things were "given" in an effort of atonement for sin. Then Christ came and gave Himself as the final offering to pay for our sins. We are so thankful.
As a child, this was the thing about God that bothered me the most. Why did so many animals have to die on the altar?
But now that i am His daughter full grown --- i can understand more clearly.
In order for reverence to be shown to God, things of value were given up. Things that could fill stomachs and meet needs were placed on God's altar. And not just anything -- only the best and unblemished would do. They willingly surrendered what was valuable to them to the One God who could be trusted to bless in return.

Sacrificing things of value, loved things, treasures of my heart ---- this has been the order of late. For how could the selfless serving on the other side of the world take place if i still held tightly to my deeply loved, sometimes unseen, but most cherished ---- treasures.

It sounds so harsh doesn't it ---- to think that sacrifices are still to be made. After all --- wasn't Christ the ultimate Lamb of sacrifice. Yes -- He was. But that sacrifice of greatest value was the pinnacle offering ---- there are still many smaller things we must individually place on the altar. Things that get in between us and the altar. Things we hold dearly; so dearly they can sometimes get in the way of "dying to self and living for Christ". Things that have actually been given to us by our Father --- that He might now want to receive back from us --- freely He gave it --- but will we freely give it back to Him.

In this journey from Mockingbird Road to Kenya --- i've learned there were many things that had been given to me --- to comfort and bless and encourage and guide me --- all in good ways and for good purposes. But now that the "call" has arrived and the next chapters are very different than the chapters already lived, i find these "gifts" of greatest worth in my life have now become my "Isaacs".
And so i've been tearfully tying them up and laying them on the altar. No ram is caught in the nearby bush and no angel of the Lord is halting the sacrifice. Thankfully --- no blood flows, but many tears do. Surely Abraham's tears soaked the robes he wore climbing up the mountain at Moriah as he prepared to sacrifice his only son Isaac. Genesis 22:2 - "Then God said, 'Take your son, your only son, whom you love—Isaac—and go to the region of Moriah. Sacrifice him there as a burnt offering...”
Surely, God sized tears fell as Yahweh himself sent His own son to Golgotha. (Mark 15:22 and John 19:17). We can read that the earth shook, rocks split ... darkness came... (Matthew 27: 51,52) 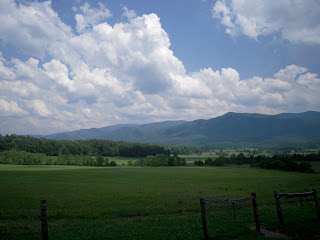 I'm not speaking of any morbid, twisted sacrifices (sadly, in this world i must pause to clarify ---- nothing is being slain on a real physical altar). I'm speaking of the spiritual giving up and the emotional surrendering taking place as i willingly, obediently, thankfully lay on the altar the things, people, places, dreams --- that had become thoroughly and unavoidably dear to me. And in so doing -- i realize fully and embrace completely:
---- what i thought needed to happen, is not what is needed
---- what i imagined in the future, is not what God had planned
---- what i thought i was being prepared for, doesn't match what He was preparing me for
---- HIS PLANS ARE NOT my plans
---- HIS WAYS ARE NOT my ways
and so i'm on my own private journey to the "region of Moriah" as God has said, "lay down what matters most to you donna --- so you can fully hold what matters most to Me. And i in turn will hold intimately to My heart what you lay in MY ARMS" -- nothing will be lost, much will be gained." 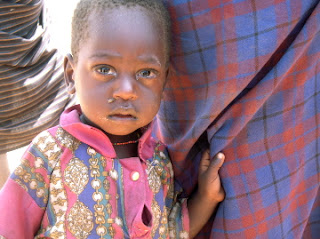 Does God really think these weak arms can hold what matters most to Him? He knows they can not, but He knows He will not leave me or forsake me --- it's a promise i'm breathing in and out. He knows it will REQUIRE Christ in me --- and He knows the plans He has for me --- He knows what is ahead and how to accomplish His plans. He is simply offering to me the gift of being "present" as HE does what only can be done by HIM.
And do i believe God can and will hold in HIS ARMS what is most dear to my heart? Yes, i have come to know all that i hold dear is much safer in His arms than in my own.

Wouldn't it be a most horrible ending to this life to be given a vision of what could have been in God's plans for us ---- but was missed ---- because we would not journey to Moriah and sacrifice what we loved most. And what of that thing or person we clung so tightly to --- would they be strangled by our choke hold and wither, not ever realizing the fullness of God's plans for them, because of our grip on them. What a horrifying thought.

In all of this ---- God gave me a "prize egg" from the old testament --- from the middle of the begets and rules for sacrifice. He brought to me his request to place on His altar all that i held most dear, my home, my husband, my children, my family, my friendships, my hopes, my comforts, my securities, my ideals, my favorites, my joys. Lay them on the altar and burn them there.
What a horrible image --- what a terrible thought ---- why God --- why? 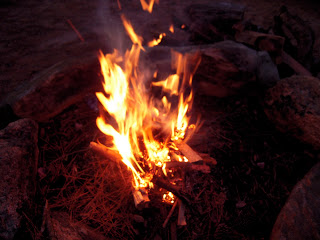 Because - what is burned turns to ashes ---- and in the hands of GOD ---- ashes are transformed into something beautiful.
I could cling to my treasures until they die and crumble.
OR
I could place my treasures on His altar, surrender them  --- giving them over into His ashes --- and then see Abba --- do what ONLY Abba can do ---- transform them into something BEAUTIFUL in His Hands.
Held in my hands, there would be immense limitations --- but placed on His altar and in His hands, the results will be immeasurable.
Isaiah 61:3 "and provide for those who grieve in Zion—
to bestow on them a crown of beauty
instead of ashes,
the oil of joy
instead of mourning,
and a garment of praise
instead of a spirit of despair.
They will be called oaks of righteousness,
a planting of the LORD
for the display of his splendor."


His altar is a beautiful place, where tears and ashes transform into beauty.

Over and over again in the old testament we read where God received the sacrifices placed on the altars of old and to Him they were a "pleasing aroma".

May i be strong enough to obey Him fully ---- and lay on His altar the treasures He gave me --- may the sacrifice be a pleasing aroma to Him --- leaving ashes behind that will be transformed by His hands into beauty --- an oak of righteousness ---- planted by Him --- and for his splendor. 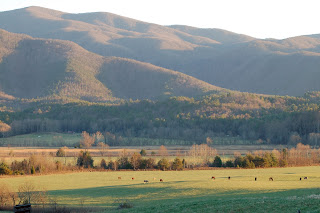 "By faith Abraham, when God tested him, offered Isaac as a sacrifice. He who had embraced the promises was about to sacrifice his one and only son." Hebrews 11:17

"I have received full payment and have more than enough. I am amply supplied, now that I have received from Epaphroditus the gifts you sent. They are a fragrant offering, an acceptable sacrifice, pleasing to God." Philippians 4:18

"Follow God’s example, therefore, as dearly loved children 2 and walk in the way of love, just as Christ loved us and gave himself up for us as a fragrant offering and sacrifice to God."  Ephesians 5:1-2

"The LORD smelled the pleasing aroma and said in his heart: 'Never again will I curse the ground because of humans, even though every inclination of the human heart is evil from childhood. And never again will I destroy all living creatures, as I have done'." Genesis 8:21

"Then burn the entire ram on the altar. It is a burnt offering to the LORD, a pleasing aroma..."  Exodus 29:18

"But thanks be to God, who always leads us as captives in Christ’s triumphal procession and uses us to spread the aroma of the knowledge of him everywhere. 15 For we are to God the pleasing aroma of Christ among those who are being saved and those who are perishing. 16 To the one we are an aroma that brings death; to the other, an aroma that brings life. And who is equal to such a task?"
2 Corinthians 2:14-16

Photos taken in Cades Cove, Tennessee and Akatiman, Kenya by Maggie and Steve
Posted by Donna Taylor at 5:18 AM