At the Eleventh Hour the Son Appeared 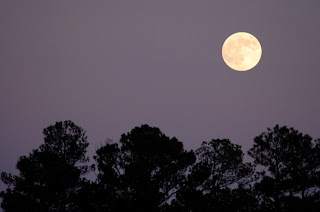 The many scars are proof of the hard living he has endured, this boy/man that Steve and i have loved since we first met him over 20 years ago. He was a boy then in a teenagers body, but to Steve he was a boy that fit perfectly in his heart. Details don't really matter ---- the fact that God moved Steve's heart to love this young guy with an unconditional, unwavering, unalterable sincerity --- that's what matters.
Digging posts for a fence, these two began sharing life. His was a world Steve knew little of and Steve's world was just as much a mystery to this young motorcycle maniac. Put this young man on a motorcycle and he could prove the laws of Science to be faulty. I could hardly watch his antics on a dirt bike, he could maneuver around trees and through ditches with such otherworldy skill. I've often been reminded of him when seeing a bat at night moving through the air with such speed and agility, quick turns, up, down, sharp curves --- all in an effort to catch dinner. This young man moved the exact same way on a dirt bike.
They worked hard -- Steve was feeding his family and G was feeding the fuel tank of his motorcycle.
Steve carried God in him, G did not.
Steve loved G and showed it in rough, firm, solid sort of guy ways. G loved Steve and took in what was being given to him from this country man who loved his family and God.
That's how it began. 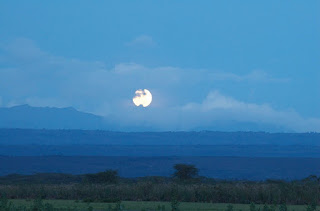 Years passed and life carried Steve and G to different places.
But G never left Steve's heart, and as my Steve loved this young man, so i loved him as well. He would visit with us from time to time. His world was a foreign place to us and ours was to him ---- but God had chosen to melt us together ---- God.
He would sit on our front porch --- and tell us humbly and sadly about the world he was surrounded by. We would love him where he was -- not requiring that he change in order to be loved. But hoping -- oh hoping --- he could escape and find God's peace. And we prayed.
If anyone happens to believe there is not an enemy to our God ---- they should meet our dear G. He can tell you ---- he has scars.
Sitting on our porch, or walking and talking with Steve in our backyard, this boy/man cemented himself inside our hearts. He did not "want" the plate he had been served, but he felt tied to the chair at this table of torment. When you have not grown up knowing Christ, when other things besides Christ surround you ---- it's very hard sometimes to let go and believe.

Seditives from satan began to numb Gs world. Even as he thought of God from time to time the lie was fed through a megaphone to his heart and mind that God would not want him.

The enemy exposed --- he's the tempter that entices with his dangling bait of sinful desire --- and then he's the first to pour out hatred, rejection, and self-destruction on the one he just moments before was wooing. He is a wolf poised to bite hard underneath the sheep's covering. Our dear G has the marks of his teeth. 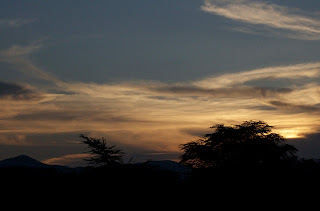 Many years ago while sitting on our front porch, late one night, we began to offer to G the story of Christ and how he could be adopted into God's family. G listened politely but gently turned away. We were moved by his painful honesty. He would not lie and say he believed just to appease our desire for him to be saved. He wanted it, but he simply could not accept the simplicity of God's love. Perhaps if the "saving" had required something of him --- a penance of pain or bleeding out of guilt and shame --- perhaps then he could have woven God's gift with himself. But to simply believe and receive --- it seemed like a Mt. Everest before him and so he turned from it.
Pain continued for him.
But God never left him - not for a second.
If you believe in warrior angels --- then those that travel with G are mighty. His own testimony of life will tell you that many times over he should have died. But God sustained G. God would not let go. God was serious when He called for prayer cover over His boy G.

All that G has done, all that he has endured is not the part that matters now ---- the important part of the story is ---- all about what God has done for G. 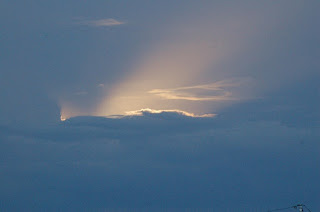 On October 14th, Steve got a special phone call. "Hey man, i'm in the area, let's meet up, i want to see you guys." We wrestled with our GPS as we made our way to where he was staying. God had placed our G in the hands of a beautiful couple that knew the road G was on and knew the way from there to God. And they were loving G where he was, enabling him to crawl out of the pit and breath in the goodness of life. Being tough when needed and honest always, this anointed couple was busy at work helping G to open the windows and let in the Son.
It was late when we arrived --- but we were welcomed warmly ---- and our hearts sang when we saw our G.

We talked long, the five of us. Our conversation centered around Christ and the journeys we each had taken this side of Heaven. G took it all in and shared about his early days working beside Steve. We all laughed at the stories.

God began tapping on my heart, whispering, "don't leave until you give him an opportunity tonight, I'm knocking on his heart --- I want G for my own". As the night ran late, i had to dig deep for the courage to ask --- "have you received Christ as your Savior?" Time hung silent; air was pregnant with hope. G answered, "i'm not really sure". Then when asked if he would like Steve to pray with him, the greatest smile spread across his face as he replied, "i would love that". 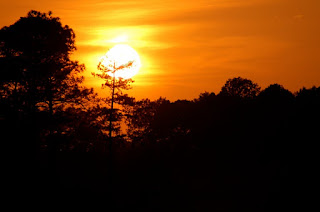 Did the angels begin singing right then? Or did they wait until after the prayer? Not sure, but i know they sang and i'm wondering if there were tears in Heaven on Oct. 14th. Because without a doubt, God had saved His son G. The prayer was simple, child-like, and deeply sincere. The work of Christ on the cross of pain ---- was poured out on G that night ---- the blood sufficient to cover all ---- the claw of the enemy removed.

As we drove away that night, Steve and i were in silent, tearful awe. The prayers of over 20 years had been answered and God had allowed us to be present in the moment of the answer. We wondered if anyone else in the world felt the axis of the universe shift a bit ---- because the weights had been altered by one in favor of Heaven.
We reminisced over the fact that G's name is written in a very special place at our church, written there during the building of the church. A prayerful petition to God for G. Steve, with tears, wrote G's name there over 5 years ago, asking God to not let the enemy win in the war over G's soul. We drove in awe at the memories wrapped around the prayers. We prayed together again for G and we praised God for His goodness.

Later, in the early hours of the next day i pondered; G's life was much like the twisty, curvy, dangerous motor cross trails he could easily maneuver through with such speed and agility. Always pressing toward the finish line, hoping to win. His journey, his story reflects those dangerous winding trails ----- but he has now crossed the line and won. Christ is his reward and Heaven is his.

And the trails ahead for G are sure to be the best he's ever ridden ----- God designed them ---- God --- the One who formed Mount Everest and the Grand Canyon --- God has amazing trails for this one.

Enjoy the ride ahead dear G.
You are loved. 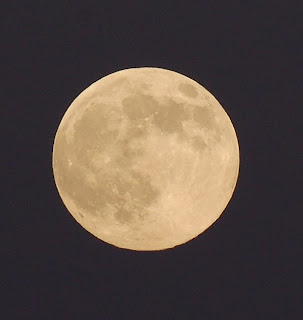 "For God so loved the world that he gave his one and only Son, that whoever believes in him shall not perish but have eternal life." John 3:16 (NIV)


Photos taken by Steve in Kenya and Georgia