Sanctified ... to make much of Him 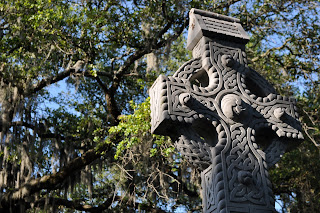 Sanctification is the noun --- to be sanctified is the verb ---

'I am being sanctified by my Father.'
'Sanctification changes everything.'

It's not something we can orchestrate and accomplish ourselves --- it's something only God can do in us --- because we want Him to.

We surrender --- He sanctifies. 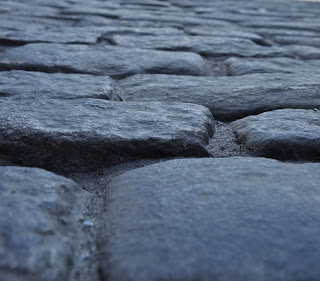 It's one of those words i would hear as a little girl from time to time in my little country church, and think it sounded like something only grown ups should understand. Sadly --- too many grown ups don't know the meaning of it, although they may sit in a pew week after week, year after year, for a whole lifetime. Thankfully --- many grown ups do understand the sanctifying work of their Heavenly Father in their lives --- and when they do -- they can't bear to just sit in the pew for long. There's absolutely nothing wrong with sitting in a pew --- it's a place we can learn much. But to stay in the pew - now that's a problem.
Truly -- sanctification will change your whole world.

When i began REALLY pursuing God --- He began sanctifying me. It's a beautiful divine "dance".
To watch true dancers is mesmerizing. One dancer moves in a particular way and their partner responds to their movement -- they flow together --- one responding to the other --- until the audience no longer sees them as two but rather they become one object flowing, gliding, together.

Do you know how it feels to "dance" with God and lose yourself as you become His?

God does "dance" with those who desperately long for Him; those who have recognized their overwhelming need of a Holy God. They have undoubtedly seen the falseness and felt the betrayal of other "gods" (like money, fame, success, comfort, self, the bottle, the drug, etc.). And then once they have tasted the One true God ---- they long for more of His truth in such a way that it becomes their one right addiction.
That is the case with me.


I use to be addicted to 'comfort' ---- i didn't know it, didn't realize it --- Africa revealed it to me. I actually cared more about being clean and safe and comfortable than i cared about most anything. Oh i would serve God and care for my husband and children ---- but i would carefully "manage" my comfort level as well. Then God asked me --- will you serve me sincerely and completely even if it is not comfortable at all? That was a moment when the loving Father peeled back a layer of donna that was painful for her to see. I responded with a yes --- i would serve --- but i still tried to maintain loyalty to this god called comfort as much as possible. Please understand - i truly did not realize comfort held a position of lordship in my life. I LOVED GOD and thought He was my only God. But He, being the jealous God that He is -- was done with allowing comfort, safety, and cleanliness to hold me from freely and completely abandoning myself to Him. And so He revealed that i was loyal to something other than Him. Oh how it hurt to see it. After all - i had been in church for all my days, i said the prayers and did what i was suppose to. But none of that kept me immune from being loyal to this other lesser god. How thankful i am that He revealed it.
Then i read about the great workers who had served before me ---- and realized --- their own comfort meant nothing to them. They had surrendered what mattered to them -- in order to do what mattered most to God.
The scripture that says --- you can't serve both God and money (Matthew 6:24) ---- fit more snuggly to my frame by translating it to --- you can't serve both God and comfort. A surrendering was required - and God was not budging. 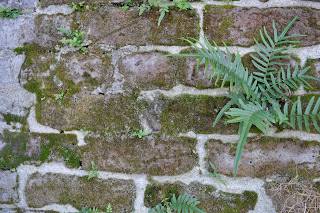 Then i saw, with my own eyes, mighty warriors of God serving with such beautiful abandonment to themselves with both arms clinging tightly to the calling of God in their lives. They held on to His Robes. They glowed of Him. They truly had "died to themselves" and they "lived in Him".
Do you know someone like that?
Have you ever witnessed that transformational glow in the life of another? (Scripture says they are a fragrant offering to God --- but a stench in the nostrils of the enemy.)
When they no longer care about how they feel or what they think ---- but they really care more for what aches the heart of God and how they can give themselves to meet the needs of others.

You may find them sitting in a church pew ---- but they won't be pondering over how they feel or what they want -- they won't care that it's after 12 and the preacher is still going. They have their mind, heart, and soul engaged on the Father. They want to see HIM more than they want...
You may find them serving somewhere --- but they won't be focused on their situation or worrying over themselves ---- they will have their hands in the Father's work and their hearts giving the Father's love.
You may find these "shining light" people almost anywhere --- doing all sorts of everyday tasks (you don't have to be on the missions field in a third world country to find them) --- they'll be glowing of the Father's goodness ---  "i will see the goodness of the Lord in the land of the living"(Psalm 27:13) --- and you will know it when you meet them.
They will not be grumbling, complaining, arguing, and bickering over trivial things that center around themselves ---- because what happens to them, what others think of them, how they feel or what they want ---- no longer matters to them.
They glow with the light of surrender ---- they shine of the goodness of the Lord.

Perhaps you've "arrived" in some area of your life ---- and success is a word you can hang under your shingle. Is it enough? Is it ever really enough? Or do you find yourself the next moment working to achieve more, accomplish more, or at the very least maintain what you have accomplished?
There are a plethora of books written by those who have "arrived" and then didn't care for the view once they got there.
The common phrase used to describe their journey is ---- success lacked significance. 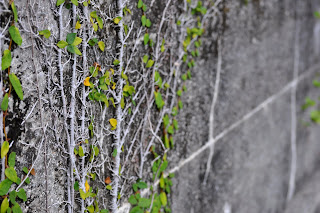 They realized their work, their positioning, their stature and success ---- was only one in the pile of many who had done likewise and still felt lacking in some way.

To make much of ourselves ---- leaves us empty and often times alone --- because others get so tired of having to make much of us. 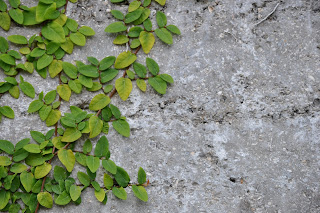 One day --- in my mid-thirties --- i realized i no longer was that little girl in church who thought "sanctification" was only a word for the grown ups. i realized i was a grown up ---- and the comfort of the pew where i sat --- was not where i had been called to be.

So how would sanctification be defined --- as a little girl, i remember when i looked it up in the dictionary, it was still "too big" for me to grasp. But as i grew into a daughter of God -- i began to understand --- Sanctification is the process over time of becoming more Christ-like.  The definition in the dictionary will read: "the process of becoming holy". Years ago,my response to that definition was --- only God can make me holy. And that was true. But the complete truth is --- Christ died on the cross to pay for my sins --- and in doing so, as i accepted Him, He placed His Righteousness inside me. My role is to believe and receive. Then for the sanctification to truly begin --- i must surrender myself - and choose to live for Him, truly for HIM. Not follow His rules. Not attend church functions. Not "look" good and keep up appearances. Those are all well and good and have their place ---- but ultimately to do these things can easily become "promoting self" instead of dying to self. When we want others to see that we are "following the rules" --- so they will think we are a good person ----- that is not sanctification at all. That is self in disguise.
But to follow His rules because we desperately love Him and want to become what He has planned for us ---- that is a part of being sanctified. Following His rules will help us on that God-focused, God-centered journey. But "following the rules" will in no way sanctify us. Sanctification is a matter of the heart and soul.

Sanctification will bring about obedience --- but rule following will not cause sanctification.

The enemy of our Lord will twist it ---- he is crafty. Some follow the rules to promote themselves in the eyes of other rule followers. But those after the heart of Christ and who are being transformed into His likeness ---- will do so because they want more of God in their lives and less of themselves.
It's a trick too many fall under. And then they wonder, "why am i not really real?' "why do i not hear His voice?" "why do i not feel different on the inside, even though i try and act like i do?"


Sanctification ---- in our lives ----- will make much of HIM with every breath we take. 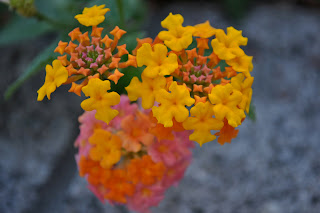 Sanctification is a life-long transformation.
Very appropriate i think ----
since making
"much of Him"
is so worthy of a lifetime.
And then --- just imagine ---- we finally will see His face --- the One we've made much of. Amen.

"to equip his people for works of service, so that the body of Christ may be built up until we all reach unity in the faith and in the knowledge of the Son of God and become mature, attaining to the whole measure of the fullness of Christ." Ephesians 4:12-13

Photos taken by Steve and Maggie on Riverstreet in Savannah, GA.