The Man who has lived on Mockingbird Road 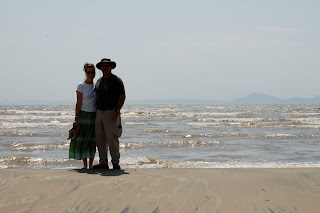 i know a man who has lived on Mockingbird Road.

He's always lived on Mockingbird Road. From birth 'til now --- Mockingbird Road has watched him grow.
His parents raised him, yes ---- but it was God that actually grew him from a boy to a man. And oh how thankful i am for that.

There are many grown up boys in this world --- they may be six foot something and move about in man sized arenas --- but on the inside they're still boys. They want what they want and will do what they need to do to get it.
On Mockingbird Road though, i know a man.
He cares more about the needs of others than his own wants.

Where big boys play, the man i know will usually remain very quiet. It's not because he doesn't want to interact, it's just that he has other things on his mind. He's focusing on the ones not usually "seen" by others; the hurting children and walking wounded and hungry families and broken marriages. These occupy his mind. He grew weary of the boy-like-toys long ago --- he prefers listening for the words that matter most.

But don't think for a minute he is a down and out, serious sort of fella. He loves laughter and erupts with it often. He carries with him a humor that is quick witted and challenges others to laugh often. 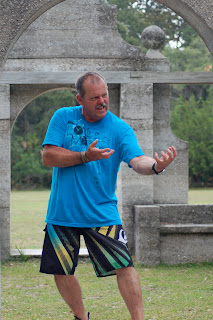 He usually keeps life on the lighter side from moment to moment. He laughs easily on the surface and encourages others to do so with him, yet still, never doubt that just under that surface is a monumentally serious man who can and will quickly attend to the deepest and darkest of issues. 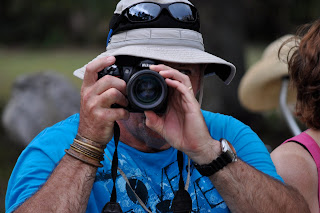 He will not particularly like this post --- he does not seek after or ever draw attention. I've watched him for all these years. He's the guy behind the camera, the one carrying the load, the man moving about in the background watching out for those no one else is noticing. He's usually not "heard" by those who care more about being heard. He is content to remain quiet so others can hear themselves. But when something must be said, you will find him saying it, quietly, but with the needed strength, and in a place where the noise of others won't drown out the importance of his words.
On Mockingbird Road, i know a man. 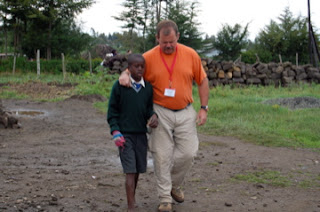 He laughs with children and listens to them.
He walks with His Savior and welcomes others to walk there too.
He is strong of heart, of mind, of body --- he is not weak, he is a man.
He is loyal with his love and lavishes it on those he lives with.
He is a gentle bear -- he could hurt, but he never, ever does.
He is kind.
He can speak God's truth in simple, solid, sanctified ways ---- for those who want to hear.
But he never presses his words on anyone.
When in Africa --- he comes alive. He gives himself away -- there is much need there --- he has much to give.
When in America -- few people realize their need -- and so he watches and waits for those moments when they realize, and he is ready, to give. 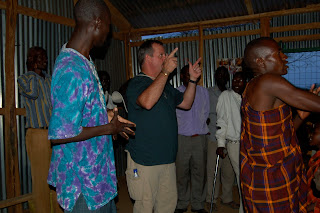 He does not volley for applause or appreciation.
He does not maneuver for status or influence.
He will not be found playing the social games trying to gain position or title.
He receives what comes to him from His Father above, and is content with it, very content with it.
He loves his children with a quiet confidence that covers them like a dry shelter in a stormy world.
He tells his wife she is beautiful, everyday, most loudly when she feels far from it.
He makes sure she knows she is loved above all others.
He leads well --- not with a strangling rope tied round the necks of those who follow, but instead with a gentle love that serves and cares for them and makes them want to follow his lead.
He talks with God everyday, most all day long; he listens more than he talks.
He leads well ---- he listens well.

Ladies, do you know a "man" as well? or Men, are you a "man" to those in your world?
I hope so.
I know many men who are truly men -- and i am so thankful for them.
Please know this post is not meant to boast of the man i share life with --- rather, it's meant to shine light on the way a man looks when he's been reaching for the Robes and has a big, strong handful.

I truly hope you are or know one of those men too.

We can shine a light on them can't we?

If we don't the world will work to keep their goodness hidden, silenced, unnoticed. Usually the boys in man sized frames are louder.

Real "men" won't wrestle to be noticed ---- real men ---- are busy doing the Father's work.
So with these quiet words on my blog - i want to be sure it is known -
i know a man who lives on Mockingbird Road. 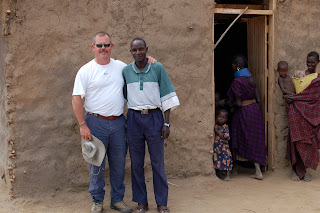 I met this man when he was still more like a boy, in these past 29 years he has transformed. The boy-like laughter is still there, but a man fully fills his frame now.
He can be wounded, he's not immune to hurtful things, but he forgives in the next moment (it takes me days sometimes).
He can stay up all night, night after night if needed, to care for another in need (impossible for me).
He may be hesitant in planning an adventure, but he will be the last one standing once it has begun (i'm quick to plan the adventure and the first to fall asleep on his strong shoulder exhausted).
He's cautious and wise, quiet and content, solid and sure, unassuming and patient. 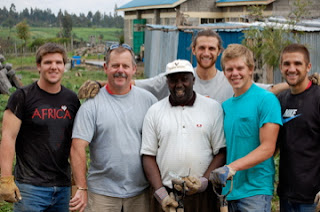 He loves watching other "men" grow and fit into their man sized frames.
He knows the journey from boy to man - he remembers.
He has not always been all these things.
He has chosen to become them.
It's a choice every man has -- he chose well -- those around him are blessed because of it.
The boy i married grabbed hold of God --- got a big taste of Him and decided ---- "i can only become what He made me to be by following Him, this Redeemer, this Savior, this Lion of Judah".
And so He did. 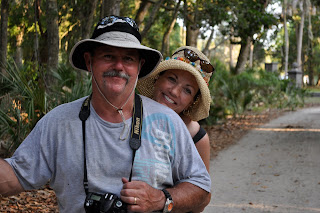 I know a man who lives on Mockingbird Road.
He plans to move soon.
I'm so thankful ---- God will allow me to move with him.
Then ----
i'll know ---
a MAN in AFRICA.
"They will be called oaks of righteousness, a planting of the LORD for the display of his splendor." Isaiah 61:3b

Photos taken by Maggie and me at Cumberland Island GA, Lake Turkana at Elia Springs, Lodwar Kenya and Tumaini Children's Home in Kenya
Posted by Donna Taylor at 5:43 AM