Dwell in the Shelter of the Most High, Rest in the Shadow of the Almighty 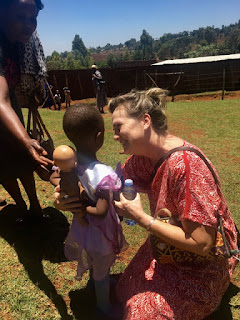 Is it real? Is it possible? Or are those just words printed on ancient pages spoken long ago by a clever king?

“He who dwells in the shelter of the most high will rest in the shadow of the Almighty.”
Psalm 91:1

When the hard days roll 'round, we've got to have something we hold on to.

Truth is, where i'm dwelling physically can even end up being a distraction from where I need to be dwelling mentally.
Remove all the wonderfulness of being in a comfortable place. Go through the personal “fire” of letting go of all that you thought mattered so much. Lay down the house, the stuff, the familiar wonderfulness of all you've nested up around you -------- lay it all down and go to an uncomfortable, unfamiliar place and if we let Him ----- He will show us Himself in ways we might never have seen Him in that nest of comfortable.
That laying down can happen in about a million different ways. No one way is more powerful or important than the other. What's important is that we allow it to come to us.

Look around you and you'll find so many souls who have refused to lay down their life.
They will not consider it ----- because maybe it makes absolutely no sense to them. That's only because they haven't yet let themselves feel the touch of His hand or heard His still small voice saying, “Come away with me.”
It's ok. It's not that they are bad or even selfish. It's mostly that they don't know how to get from where they are to the place He can take them. It's that they don't know how and they haven't been brought to the place where they “let go” and “let Him” do what only He can do.
And maybe they're wildly afraid of even considering it.

I wasted so many years pointing my fingers at others. If you're one of those dear souls I pointed at ---- you likely never knew it ---- I was a closet pointer. Pointing at others with a criticalness that only reflected my own ugly heart of frustration towards myself. I knew I couldn't get from where I was “dwelling” to where I wanted to be -------- so I pointed at others who weren't there yet either.
What an exhausting, ugly way of half-living.

Then the good One began reworking me from the inside out. He began pulling my “nest” apart long before He moved me out of the home where I perched. Abba began shifting my thoughts. I asked Him to. I profoundly remember sitting on my front porch with a blanket wrapped around me on a cold winter morning and saying, “Fix me Lord. I'm not who you call me to be, i'm not who I want to be. I'm not who my family needs me to be, i'm wasting time on lesser things, when surely You had more in mind.” Nothing actually happened in that moment, but something began to move. I kept knocking and asking for help from Him.

I had to come to the end of myself. My ways.
I was “dwelling” in places that were consuming me.
Imagine that. We people can live in a type of symbiotic existence with our mental/emotional nests of comfort. It supplies us with a place to lay our thoughts ------ while we provide it (un-alive as it is) with our devoted presence.
My mental, emotional, and physical energies were focused on levels of living that spoke more of “this world” than they did of “the shelter of the Most High”.

There are three types of souls reading this.
Those who get it, because the same Daddy-God has opened their eyes to it.
Those who have no idea what i'm talking about and probably haven't even read this far.
And those who are aching over the realization that they no longer want to remain in the mental/emotional/physical nest they've worked so hard to create around them.

The first group ---- i'm hugging you on your good (albeit hard) journey.
The second group ---- i'm literally praying for you as I pen these words ---- you've got a storm coming that will scoot you towards the next group. I pray you make it all the way to the the first group.
The third group ----- oh don't feel alone in the Holy shift. If you'll hang in there for the climb, you're about to get to step into places you never imagined possible. Places of freedom (and loss), where you can breathe deeply and lay many things down. A place where you understand more, have less confusion, where you'll see and you'll care, you'll no longer judge and compare. But it's not an easy climb. Moving is always hard. Always.

“The one who dwells in the shelter of the most High, will rest in the shadow of the Almighty”--- eat every morsel of those words.

----- we are living a half-faith-life if we can say with one breath, “I love the Lord with all my heart” ----- and then insist on having it our (human-self) way. The two pieces can never fit side-by-side. The two pieces can exist in the same life ------- but they are not connected. It produces a divided way of living.

It's what so many people who have stepped away from the church say they have seen. Seeing the church say one thing ----- but living another thing. And oh God help us all ----- haven't we Christians done it so poorly. I have. But may it not be so now.

If I want to “dwell in the shelter of the most High”, I must not insist on living in another shelter (one that i've created and one i can manage). My emotional, mental, spiritual dwelling must be in the place He is found.
And oh the goodness that when ---- I move to that shelter ------ I can breathe “in the shadow of the Almighty”.

God speaks this soundly to my soul.
I've had to learn it over and over again.
I was willing to care for the one without food or water or shelter ---- because I could easily “see” their “need”.
But I was brutally blind to the one living in opulent wealth who was grievously poor in heart. So wrong donna.

Last Sunday we went up on the side of a mountain in Kenya to speak at a remote church. The old me would have been troubled over their obvious “needs”. It's hard work to resist that old-self. But God let me see something precious --- it was a reminder again.
There was a beautiful little girl running around with an old, worn baby-doll held tightly to her back. It was ragged and dirty. She held it to her back as if she was a Kenyan-momma. I watched her for so long. She was happy. Bouncing about with a worn doll on her back, wearing a torn dress, and I thought to myself of the challenges I knew she would have to face in the years ahead living on this mountainside.
My thoughts wanted to “dwell” in the wrong places ----- places that were not “in the shelter of the most High”. My mind began its old way of thinking. “donna, the least you can do is buy this precious little girl a new doll. You need to send one back up this mountain to her. She needs a new dress too........ and then............”

But i've learned .....
So I grabbed those thoughts and held them up to the One who adores her most. 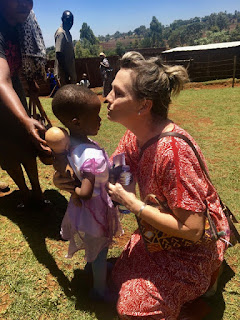 And He whispered so sweetly to my heart, “She is thrilled with her tattered baby-doll. Someone loved her enough to give her a doll they were able to provide for her. Look at her eyes. They sparkle. She has no idea you are watching her. I'm letting you SEE her. Stop looking with wrong eyes. If you try and make 'things' better, according to your standards ------- then you will silently convey that how she is living is not good enough and how her hard-working parents have provided for her is not sufficient. And you'll teach her to define poverty wrongly. Truth is, she sparkles. She is not actually poor in My eyes. Remember how many other children you've seen surrounded by too many dolls and things of that sort who were not sparkling at all. They were pouting over wanting even more. See with My eyes donna, those who have so much are so often the poor. This little darling will have needs all her life, and you have your part in helping her, but it has nothing to do with the ragged, torn doll she happily carries on her back. Do the part I, God, call you to do. Stop letting your thoughts 'dwell' in the wrong places ---- 'Dwell in the shelter where I am, rest in My shadow there.' Follow MY lead. I will guide you. You can not do My work ---- your way. It won't work. But dwell close to Me and I will give you rest as you do My work My way.”

The only way to live from the place of His shelter, and rest in the place of peace found in His shadow ------------ is to turn my eyes always to what He says matters most to Him. 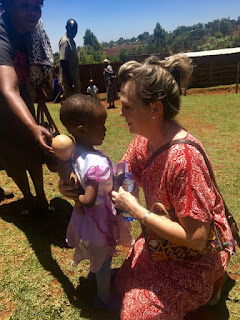 When babies are being slaughtered inside the womb --------- we must stay focused on the One who always reaches for them.

When babies are rejected out of the womb (abortion) and lay crying in their struggle to live (surviving abortion)-------- I must stay focused on the One who hears their cry and gathers them up in His good arms.

When 'little'-power-hungry-people pass laws that feed a fallen world ----- I must not focus on them (the people or the laws), I must focus on the One who sees it all and will deal with those who are corrupt.

When a “preacher” says things that are NOT in God's Word ----- I must stay steady in saying what is in line with God's heart (and His Word).

When eyes are diverted and focused on lesser things ---- (I must remember my own tendency to do the same) ------ and choose carefully to see with His eyes what my distracted-eyes will miss.

When criticisms and/or accusations come------ I must remember ----- I have a Defender who says, “Get in My shadow daughter, i'll handle this MY WAY.”

“The one who dwells in the shelter of the Most High, will rest in the shadow of the Almighty.”