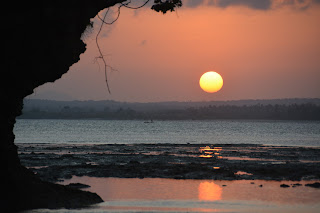 He'd walk into our house with a smile so bright it made you realize, life just got better. His greeting was for everyone in the room, you could count on it, he wasn't one to exclude anyone, he welcomed all. He was eager for life. Expressive with words that came through a voice Goliath the giant would have been envious of, his voice dripped of authority, his delivery was weighted with strength.

He loved his wife, his sons, his family, his friends --- he loved deep, he loved big.
If you were in trouble, he was the guy that would be on your steps; he'd have a plan of action before you could open the door.
And there was this verse that rolled off his tongue as easily as chocolate melts in sunshine.

“Yours, O Lord, is the greatness, the power, the glory, the victory, and the majesty. Everything in the heavens and on the earth is yours, O Lord, and this is your Kingdom. We adore you as the One who is over all things. Wealth and honor come from you alone, for you rule over everything. Power and might are in your hand, and at your discretion people are made great and given strength.”
1 Chronicles 29:11-12

He and his wife gathered in our home along with many other friends for a weekly time of small-group Bible study. All our kids would romp and run in the wide open yard until the sun went down, then they'd pile inside to play in the over-sized room above our garage. Parents opening the Word together while the Word-Giver watched over His gifts to them. Sweet days.

Only the One who made him could have known his days were running short and he would be the first in the room to meet the Maker face-to-face. He was the healthiest of us all, never eating carbs past 6PM, he took care of himself, we were proud of his self-control, even as we passed around the plate of brownies again.
Perhaps it's because he went “home” so soon, or more likely it was that he truly did have a special presence, but often we still reflect on the impact he made.

Of the many friends i've been blessed to welcome into my life --- few of them have planted a verse inside me. Many have given wise words of counsel, more still have shared laughter and joy, but it's a rare friend who can do all three, and it is always those Holy-Words that settle into the deep places of life. Cultivating one particular string of scripture words that came from them so often, that now, their friendship sits right there in my Bible tucked safely beside those eternal syllables. They seem to actually be “present” in the revisiting of the words they spoke so often.
My grandmother was the first --- i can remember her quoting the Beatitudes. And then she'd say, “Oh these words have helped me...”
My mentor --- she'd roll off Romans 15:13 so quickly, you'd feel like joy and peace and hope just wrapped you in their blanket and tucked you into the bed called trust.
And this friend, Jeff. Dozens of times he would fill the air with words from 1 Chronicles, never would a month pass by that it failed to apply to whatever our topic of discussion was for the evening. Each and every time --- there was a sense that God just nodded His great mighty head --- for God knew He was being praised with every word.

Jeff would say them again for many reasons. Sometimes they'd come as a reminder --- “...everything in the heavens and on the earth is yours, O Lord, and this is your Kingdom....” He'd smile and say something like, “It's His kingdom man, nothing slips by him in His Kingdom...”
Sometimes they'd come as a comfort --- “...wealth and honor come from you alone, for you rule over everything. Power and might are in your hand, and at your discretion people are made great and given strength.” He'd say, “We've got to remember God decides, we make our plans, but God decides how they'll go... we gotta just trust His plan...”
And once when someone in the room was talking a bit boastfully, my friend just said, “Yours, O Lord, is the greatness, the power, the glory, the victory, and the majesty.” There was silence for a few seconds. Not another word was needed. The focus was realigned to where it should be --- on the only One who is worth boasting over.
There were no harsh words, no reprimands or corrections.
Just the application of Truth --- the antidote for arrogance was applied.
And those of us paying close attention --- were awed.

This friend planted his scripture seed in my heart over a decade ago. It's grown deep roots. 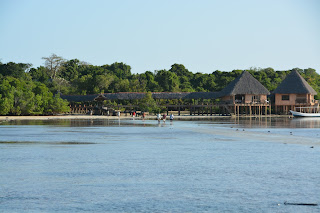 Last week, we went to a small island off the coast of Kenya. To get there, we loaded our bags into a wagon pulled by a tractor that carried us from the mainland to the volcanic rock eden. Millions of years ago, the Maker had allowed a solid, thick, rock base to connect the island to the shoreline, so even today no shifting sand hinders the islands ebb and flow of guests. When tide is low, the island workers easily walk the quarter mile span in 6 inch deep water. Imagine our eyes, when at first glance it literally looked like Jesus had called them forth as they appeared to “walk on water”. There are such beautiful places on this earth --- the Maker loves so well.

We'd gone to rest. We needed it. But there was also a second much needed reason for our “holiday”. We needed to pray long and begin working on a long-term project that will require more of us than we feel able to produce. It's a God-thing. His idea. So we needed to retreat and realign ourselves carefully. Sort out the “us” part and reach for His More. 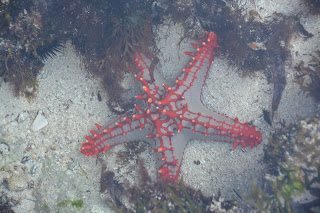 Isn't it just like the Good-One to give an assignment, send us to a place He put special care into making, and let us “rest” in the middle of crashing waves, sandy shores, slow moving starfish, and waving coconut fronds. So far from our home-shores, looking at a horizon we'd only ever read about, the Indian Ocean was before us, we felt the realness of distant shores. 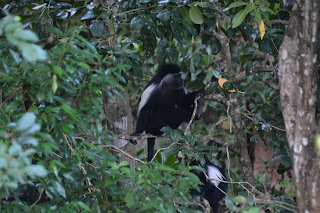 Five sleeps lay ahead with colobus monkeys as our closest neighbors. We laid our heads down for the first snore, and woke early to be with the One who held the waves in place.
Ever working at reading through the Bible (again – since once or twice isn't enough for one as needy as me), i was wrapping up 1 Chronicles. Chapters 28 and 29 would be my focus for the morning. In 28, King David is giving his instructions to Solomon for building the temple of the Lord; what David was not allowed to build, Solomon would now do. Verses 9 and 10 gave me pause, my reading slowed to a crawl.

As David spoke to his son, he said, “And Solomon, my son, learn to know the God of your ancestors intimately. Worship and serve him with your whole heart and a willing mind. For the Lord sees every heart and knows every plan and thought. If you seek him, you will find him (Jeremiah says to seek Him with your whole heart...). But if you forsake him, he will reject you forever. So take this seriously. The Lord has chosen you to build a Temple as his sanctuary. Be strong and do the work.”

Does it happen to you too? Reading along in the holy arrangement of words, something launches off the page and grabs you by the shoulders. And you know... i ---- need ---- this.
Minutes passed as my soul fed. And i prayed for MY sons (David prayed for his, i'll pray for mine). Just sliding their names in where Solomon's name is found --- and it's a prayer worth sitting with, worth repeating, often.
“And Michael, my son, learn to know the God of your ancestors intimately....”
“And Peter, my son, ...worship and serve him with your whole heart and a willing mind...”
“Mike and Pete, take this seriously, the Lord has chosen you to build a temple as his sanctuary... Solomon built one of wood and gold, but your temples are made of bone and flesh. Be strong and do the work, and boys, know this always, if you seek him, you will find him...”
The Word is alive --- it breathes LIFE --- it travels from then to now and from here to where they are. 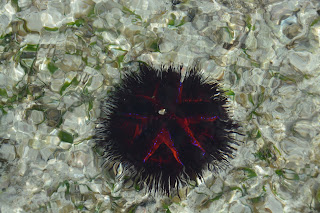 The sun rose higher in the morning sky when i passed from Chapter 28 and began strolling through 29. It's where David finished with his instructions and gave gifts for the temple. And then before naming Solomon as king, David does what he's most famous for, he praises God (the only reason he became a great warrior and king was because of the One who gave him that strength and honor, David knew this). And as i rounded the corner of verse 11, there he was, my good friend.
Suddenly Jeff became the voice inside my head as verses 11 and 12 came flooding up from the pages and out of my heart simultaneously.
“Yours, O Lord, is the greatness, the power, the glory, the victory, and the majesty (i lifted my head to watch the waves crash against the ancient lava rock walls --- greatness, power, victory, majesty, it sat right in front of my eyes). Everything in the heavens and on the earth is yours, O Lord, and this is your Kingdom (this, this wide open space with endless sky and distant horizon, where peace comes to rest, this too is your Kingdom). We adore you (i do Abba, i adore YOU) as the One who is over all things (we kids of yours don't always act like you are over all things, forgive us Lord, for how blessed we are that You are). Wealth and honor come from you alone (people think they earn it, they don't – You give it), for you rule over everything (those waves could kill me, they don't, you rule them). Power and might are in your hand (how thankful i am), and at your discretion people are made great and given strength (at your discretion, not theirs, not mine --- you alone choose).” 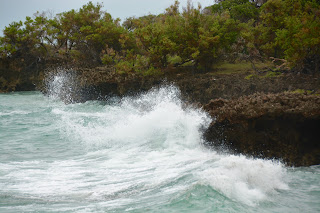 Almost 5,000 days have passed since my friend planted those words in my heart because of the many times he repeated them, applied them, and lived them.
His voice was as present this morning as it was those many years ago.
Others in the room spoke during those small-group days ---- but nothing they said has helped carry me from those days to these the way his choice of words have.

Moving from earth to Heaven hasn't changed how present his voice is when it's attached to Holy-words that are eternally true and right and good.

And i wonder ------
of all the things we do and say ---- will anything we ever produce be more valuable than --- the planting of God's words in the heart of another...

Thank you Jeff Gore ----- for the good planting you gave us.
Posted by Donna Taylor at 3:23 AM