Nevertheless, we must run aground... 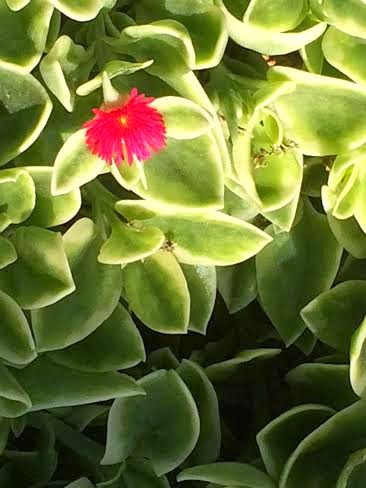 Paul stood in the courts of the Sanhedrin, falsely accused.
They plotted to kill him and he was taken away in the night to Caesarea to stand trial before Felix the governor. Two years later, still being held, Felix was succeeded by Festus, and Paul stood trial again. Festus, not wanting trouble with the Jews asked Paul to travel to Jerusalem to be tried. Paul, pressed back by appealing to Caesar. Since he was a Roman citizen, this required he be taken to Caesar, in Rome, for trial.

The voyage from Caesarea to Rome is chronicled in Act. 27,28.
It reads like a novel. What a story.
But it's death-defyingly true and fascinating at every turn. Paul and God against chains and storms.
The events that transpired on that voyage could be cliff-noted in this way:

Paul was busy obeying what God had commanded him to do. His transformational moments began on the road to Damascus when Jesus came to him with a bright light and spoke. Jesus said to Paul, “I am sending you to them to open their eyes and turn them from darkness to light, and from the power of Satan to God...and receive forgiveness...” In those moments everything changed in Paul's world.
He obeyed.
But Paul's obedience did not shield him from the ways of the world that had not been changed by the Light of Jesus.

What the words were, who said the words --- it's irrelevant. Why? Because the liar is the one who wants attention in the moments when wrong words go deep and weak knees crumble under the load of them.

In those moments, the one tossing words carelessly is only being used by the one who uses and abuses and lies and deceives. (and afterwards that same liar will drown them in shame and guilt if he can)

We go down in those dark places.

We wonder ---- why has this come to me? This is only hindering me from obeying you Lord... why have you allowed this ravine to be washed out under my feet? We feel like Paul on the windswept seas...

For some, it's the moment they hear their daughter say, i'm pregnant... or their son say, i'm in jail... or the police say, there's been a accident... or their husband say, i'm not coming home, ever again. Ground gives way and we fall hard in the moments we hear words like, you're rent is 3 months overdue, you have 3 days to get out... or i failed my classes but i found cocaine... or the tests results show there is nothing more we can do... or bombs have gone off and we're not sure if there are any survivors...

Life on this rolling sphere is not designed to be easy.
After all --- we are literally on a dirt ball suspended in infinite space dangling the perfect distance from a flaming ball bigger than ours ---- and we have NO CONTROL over the mystery of the universe that surrounds us.

Most of my footprints have fallen on peace-filled, cared-for places. Some have not, but most have.
When i was a child sitting in Sunday School class and we'd read of Paul's perilous voyages and beatings and imprisonments... i wondered about that man on those pages.
For my experiences had not gone beyond the quiet farm on Union Hill Road. Our church was our neighbor with my grandparents between us. My voyages had been on a big yellow school bus, and while they were challenging, we always made port.
So how could i have understood of the thoughts of Paul or the reasons he would press ahead through hurricane winds and raging waters?

Live long enough ------
and the remembrance of Paul's courage and perseverance will feed in much needed ways when the plate on the table before us holds unexpected, scary, unfamiliar, strange, seemingly unhealthy servings.

How beautifully Elisabeth Elliot writes it when she reflects on Paul's shipwreck in Acts 27:26, “Nevertheless, we must run aground on some island”. (NIV)
She writes:
“Have you ever put heart and soul into something, prayed over it, worked at it with a good heart because you believe it to be what God wanted, and finally seen it 'run aground'?
The story of Paul's voyage as a prisoner across the Adriatic Sea tells how an angel stood beside him and told him not to be afraid, for God would spare his life and the lives of all with him on board ship. Paul cheered his guards and fellow passengers with that word, but added, 'Nevertheless, we must run aground...'
It would seem that the God who promises to spare all hands might have 'done the job right,' save the ship as well, and spare them the ignominy of having to make it to land on the flotsam and jetsam that was left. The fact is He did not, nor does He always spare us.
Heaven is not here, it's There. If we were given all we wanted here, our hearts would settle for this world rather than the next. God is forever luring us up and away from this one, wooing us to Himself and His still invisible Kingdom, where we will certainly find what we so keenly long for.
'Running aground,' then, is not the end of the world. But it helps to make the world a bit less appealing. It may even be God's answer to 'Lead us not into temptation' --- the temptation to complacently settle for visible things.'”
(“Keep a Quiet Heart”©1995 Elisabeth Elliot pg.28)

But it's too easily forgotten isn't it?
We think we are home. We think if we work hard enough and try and do all the “right” things, then we can create a heaven all our own around us where we are. It makes logical sense doesn't it? Work hard, obey, love God, and all will go well with you and yours... but it's not true, it is a falsely lit lying torch from the one who works to distort the plans of the One who loves us most.
We should not try and have Heaven here ---- it's not here ---- it's There.
But while we are here, we should live and love in ways that allow those who face hell, to actually hold the invitation of Heaven in their tired, trembling hands.

“Lord, you have assigned me my portion and my cup; you have made my lot secure.” Psalm 16:5 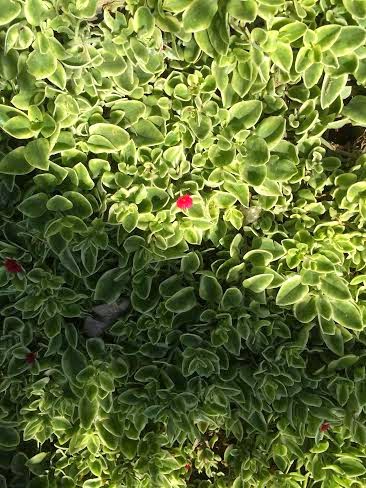 Ahhhhh, peace in the knowing...
Like Paul, we might end up on a ship that's certain to run aground, but God's still there.
We might hear those most painful words imaginable or walk in excrutiatingly hard places or face unbearable moments --- when the winds are too hard and we're trying to hold our ship together with ropes wrapped round it. But, GOD, the ONE who loves us most is the same One who has already assigned us our portion and our cup ---- and HE has already made our lot secure.
My portion, my cup, my lot ----- is what is in front of me ---- what will be, what will come, what i'm made for, what i will be strengthened by and sustained with, what will bring me to my knees, what will come, what will go, what will remain ------- and the One who made me has already assigned it all ----- and will keep it secure. Not me.
Not my plans.
Not what i think or feel or want.
But it's already been assigned, and it's already secure in His hands.
Peace... in the surrender... i don't have to MAKE IT work out ---- He already has.