What's Right and in Whose Eyes? 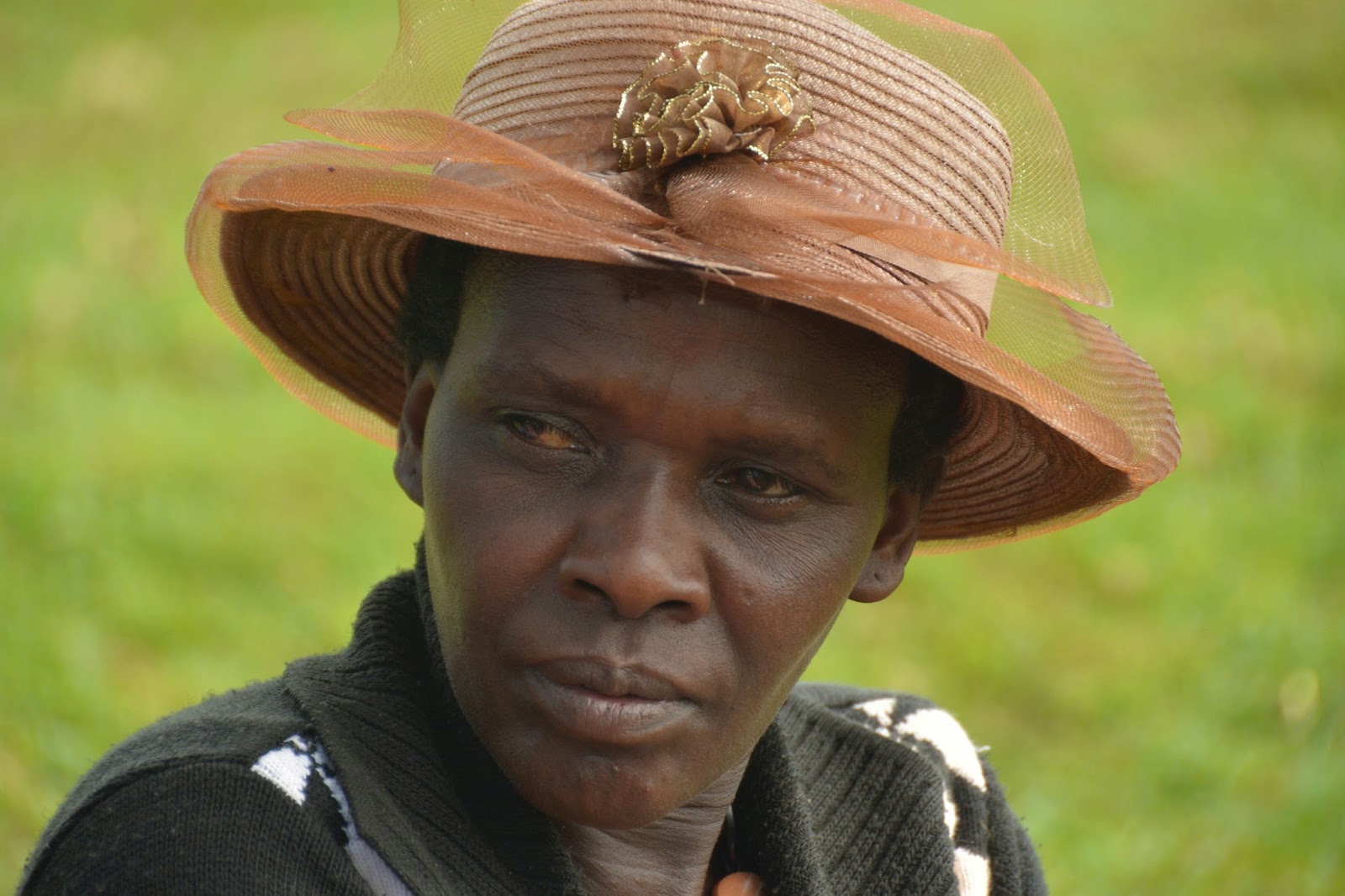 Centuries ago someone said, “There but for the Grace of God, goes I”. Who first coined the phrase is often disputed; most attribute the quote to John Bradford.
As a little girl I wondered about that saying.
Did that mean that the Grace of God was better to me than to those who were living in awfully hard places? Why did anyone suffer, I wondered --- where was God's good Grace for them?
Later I came to understand Mr. Bradford's meaning in the phrase. He had looked upon prisoners being marched to their execution for a crime, and acknowledged through the words that he too was a sinner, he too had done great wrongs in his heart. And only by the grace of God was he not executed as well.
He realized he too deserved death, but the grace of God was allowing him life instead.

In Judges 19 – 21 there's a terrible but true story about injustice and death and cruelty and destruction. And the concluding words written at the end of the painful telling state, “In those days Israel had no king; everyone did as he saw fit.”
That's the end of the book --- the final words.

And I think to myself --- we've not come very far.
Today, it might read instead, “In these days the King is not honored; everyone does as they see fit.”

We've just come off the slopes of Mt. Elgon and my heart is colliding with my mind. Judges is still alive, the place where “everyone is doing as they see fit”. 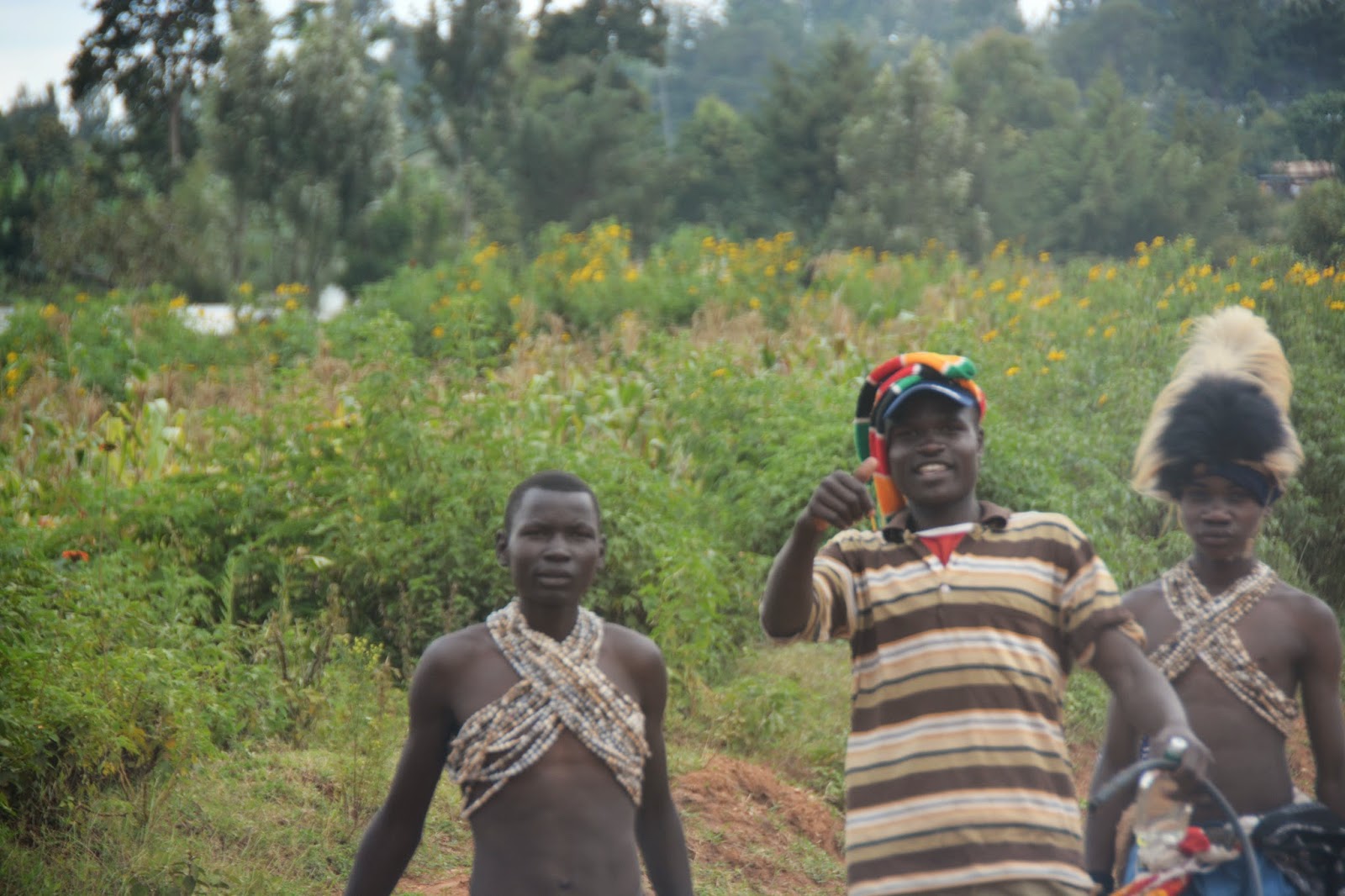 It's August as these words are being written. August on the mountain slopes is when Luhya boys are circumcised. It's their Passage into Manhood. The age of the boy may vary and the details are too grim to share here. But before the actual event, the boys walk along the roadways from village to village wearing beads and waving poms. They are sometimes covered in a powdery dust made from crushed millet and decorative head dresses might be worn. They're accompanied by older boys/young men who they themselves have endured the “passage”. Older boys carrying bottles of alcohol, it's a drunkards feast with knives and blood and rituals far from holy. (Christian Luyha people no longer participate in this practice.) They will inflict great pain on the boys using one knife for all --- it will “initiate” them. Some die. Afterwards the boys are forced to walk long distances, limping badly, hardly able to move yet required to walk, wearing an outer sheet wrapped round them, and carrying a small stick to prop on when needed. They'll walk through nearby towns, enduring more harrassments from older boys. It's insanely inhumane, but they are eager to endure, thinking it proves them to be “a man”.
It's overwhelming to think of, but while the boys parade about in the street the girls are secretly hidden away as they too are illegally circumcised... and I think of the last words in the book of Judges...“everyone did as he saw fit”.

In another land there are other knives used for other purposes. Recently a young person from my homeland shared with me their concern and confusion over why almost every woman they know has paid big dollars to have some part of her God-given body altered. Knives used by educated surgeons meant to restore youth or improve the ways the Creator apparently fell short. This is NOT being written to judge or even scold. It's just a wondering, and one shared by so many young people watching them and learning. The young are being taught... men can fix God's errors... And they are trying to figure out, “Is God really who people say He is, or not?”

But living in a land where too many work endless hours to fill stomachs, it sits sideways inside me, and silence is not an option. 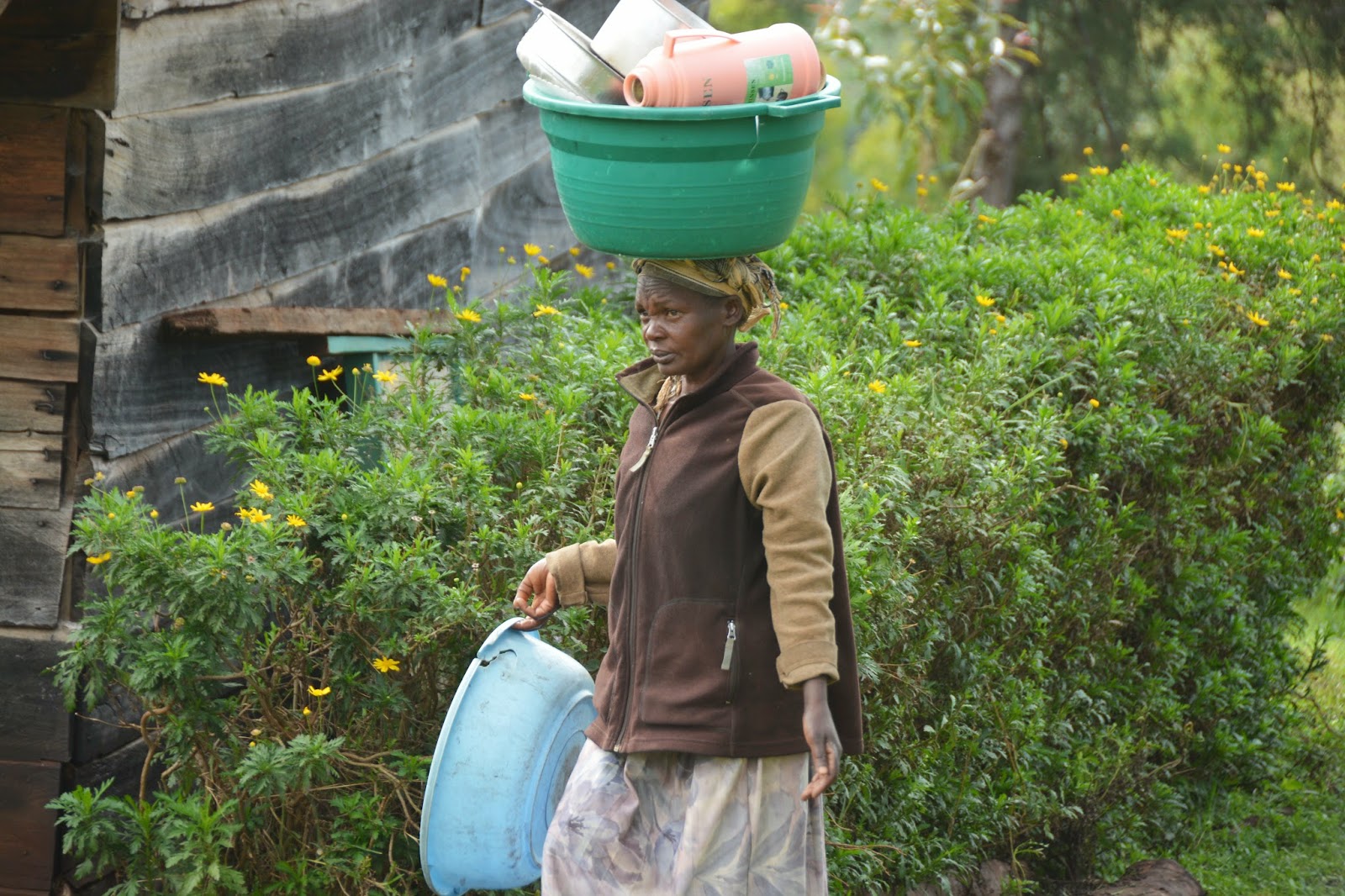 Someone recently shared with me they have a friend who doesn't believe there are really any hungry, fly-covered babies in this world. That the photos are all staged and the funds are instead filling pockets of clever marketers and corrupt companies. And that sits crossways on top of the other.

And I stumble long over these words.

How can it be ok for hungry babies to cry themselves to sleep, while others fill their pantries with too much? And how can it be that drunkards use knives to circumcise boys in one place while wealthy doctors use knives to re-create money-laden ladies in another place?
I'm not opposed to plastic surgery, NOT AT ALL --- instead I thank God for giving millions of patients the chance for reconstruction after breast-cancer, or repairing cleft lips on precious babies or repairing bodies mangled in car accidents or fires or abuse. God bless the surgeons that use their skills to repair and restore.
But, when the enemy has lied so strongly to a woman (or man) and convinced them that they need to look different than how the One who loves them most made them... I just get confused over it all. (and for any of my dear friends who might have had plastic surgery... I'm not coming in the side door trying to make a point to you. I honestly don't even know who has or has not. I don't have time or energy to notice. I promise).
Isn't the drunkard circumcising the boys just “doing what is right in his own eyes...?” And isn't the person spending money to alter how they look not because they need it, but because they have been lied to by society and the mirror and “the liar”... aren't they too just “doing what is right in their own eyes...?”
Are we really seeing the truth?
Are we willing to?
Not the truth according to anything written here... but the TRUTH according to the One over it all.
If it “seems right in our own eyes” does that really make it right? 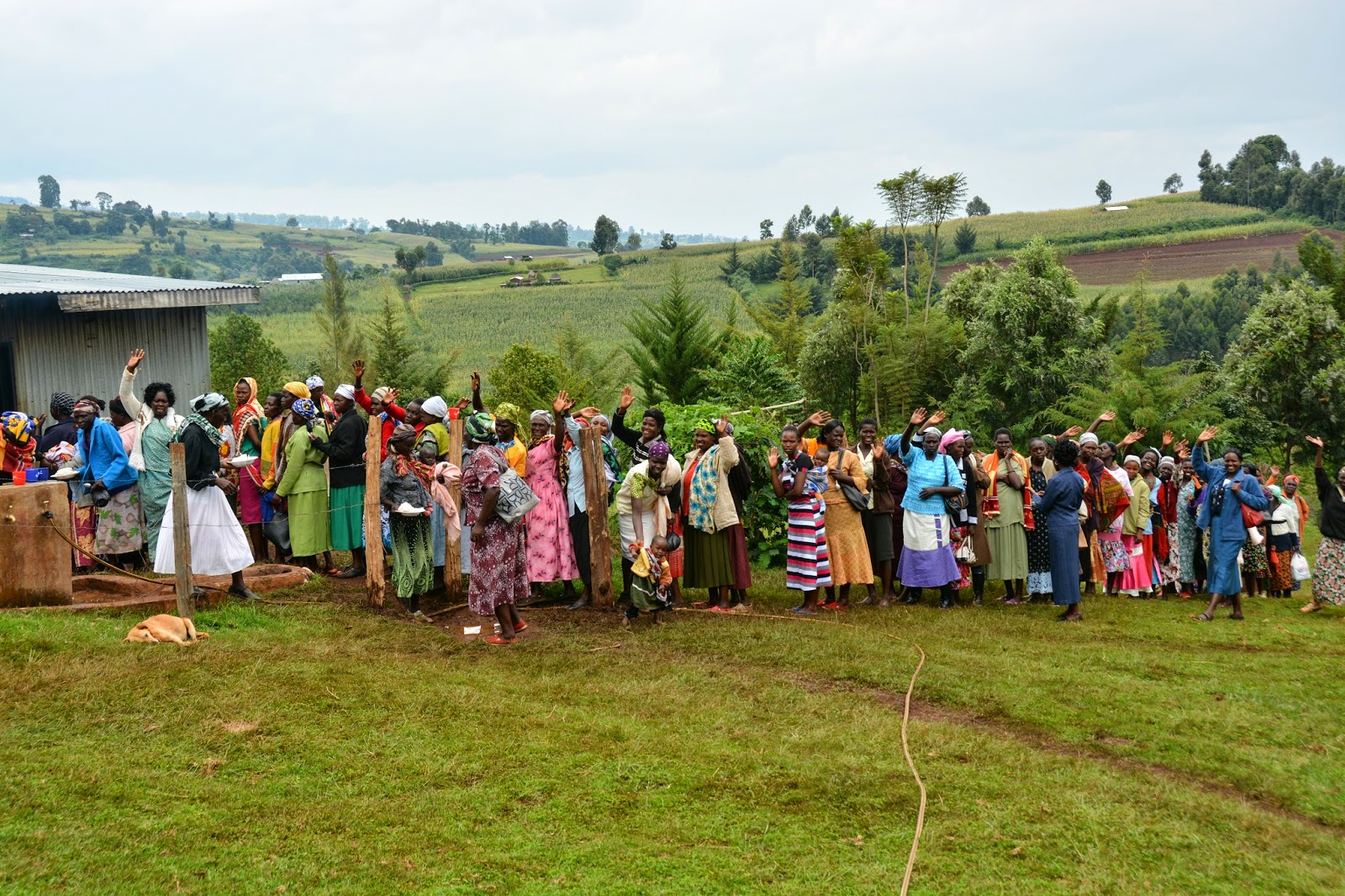 I've just sat with women who have suffered in ways that words won't fit.
And the words stuck in my veins, “There but for the grace of God, goes i...”
In 2006 a land dispute broke out on this mountain. The atrocities inflicted on the families here are too dark to write about. Much like the story at the end of Judges. Some shared with me they had been able to run away during those hardest of days on the mountain. I asked, “Why didn't everyone run?” They shared, “If all you had was the land under your feet, and all you had to eat was grown on that land, if you were poor and had no where else to go, you had no choice.” Many of the eyes looking at me had seen monsters disguised as men --- and yet here they were smiling back at me. They've endured. They continue to tend the fields they bled on. They've buried their husbands under them. They've grown crops since those days, they've filled the stomachs of the little ones who survived. They've given birth since then. They have held the hurt inside until their hearts are near ready to explode over it all. And they ask, send someone who will teach us how we can forgive all this. My knees cave, my stomach rolls and lurches inside. Lord, surely there is another who should do this.
I've spent years learning about forgiveness, but...
But the wrongs i've forgiven others are kindergarten level compared to these.
Forgive the friend who lied about you, forgive the one who talked about you behind your back. Forgive the one who judged you hard and the one who dismissed your loyalty with rejection. Forgive the gossiper, the betrayer, the one who thinks themselves better and the one who makes jokes over your serious pursuit of the Father. The one who turned from you when you began your deepest obedience to Abba... and help me forgive myself Lord, for all the many ways I too have wronged others.
My pitious list of practiced, sincere forgivings feels shallow beside their deeply plowed anguishes.
But... It's not “me” they need, it's the One who “makes all things new”. He allows Himself to be carried about in our cracked, clay vessels. So my clay vessel will deliver HIM. And whether the thing that must be forgiven is deep or shallow, the enemy of our Lord cares not. He will torture and torment over the small just as effectively as he will the big.

My knees find the floor... often.

Truth is truth whether on the mountain slopes or in the valley.
But, we people, we can confuse each other over it can't we?

In a world where too many “do as they see fit”, there are gaping, weeping, wounds. And the only right answer is --- we need a King. We will die without a Savior. We are walking-dead because someone “did as they saw fit”. Hollywood makes movies about the walking-dead. But they're wrong, the walking-dead are not zombies as they portray them to be. They look like normal people on the outside --- but they've died inside. They don't eat the flesh of others, they eat beans and rice or steak and potatoes, but nothing they eat brings them new life. And the next blow comes at the hands of the “torturer” the one who will continue their nightmare as long as they are chained to unforgiveness.

Too many “did as they saw fit” --- and then the destroyer comes to torment further...
The former can only be changed by holding fast to God's TRUTH.
The latter can only be healed by one of those very truths ---- we must forgive.
There is no other way.

Whether the wound comes at the kindergarten level or the anguish climbs to the post-grad level ---- the answer remains the same.
We must Forgive... and then His Grace can flow.

Now as I pray and process, I find myself asking the question, “What seems right in your eyes donna, that the King wants to correct”?
If we think there is nothing ----- we are being fooled.
Jesus alone is blameless. But not us... not me.

It's a part of the brokenness of this world.
We move through the days and sleep through the nights ---- and then sometimes we remain asleep even in the day. Our eyes are closed... we are unable to see.

The old saying echoes inside --- “There but for the grace of God, goes i” and I feel my soul cry responding that there MUST be more. It comes from deep within.

His grace is too good for us. We don't deserve it.
If we've been given much, if we've suffered less, do we pause enough to wonder why?
Perhaps there's a great reason...

If the grace of God has kept us from deep, life-draining, nightmarish suffering ---- should we dare to allow ourselves to simply “do what is right in our own eyes”? Or should we run to the King thanking Him for His good graces over us and respond by asking ---- how can I best use the great grace you've given me? 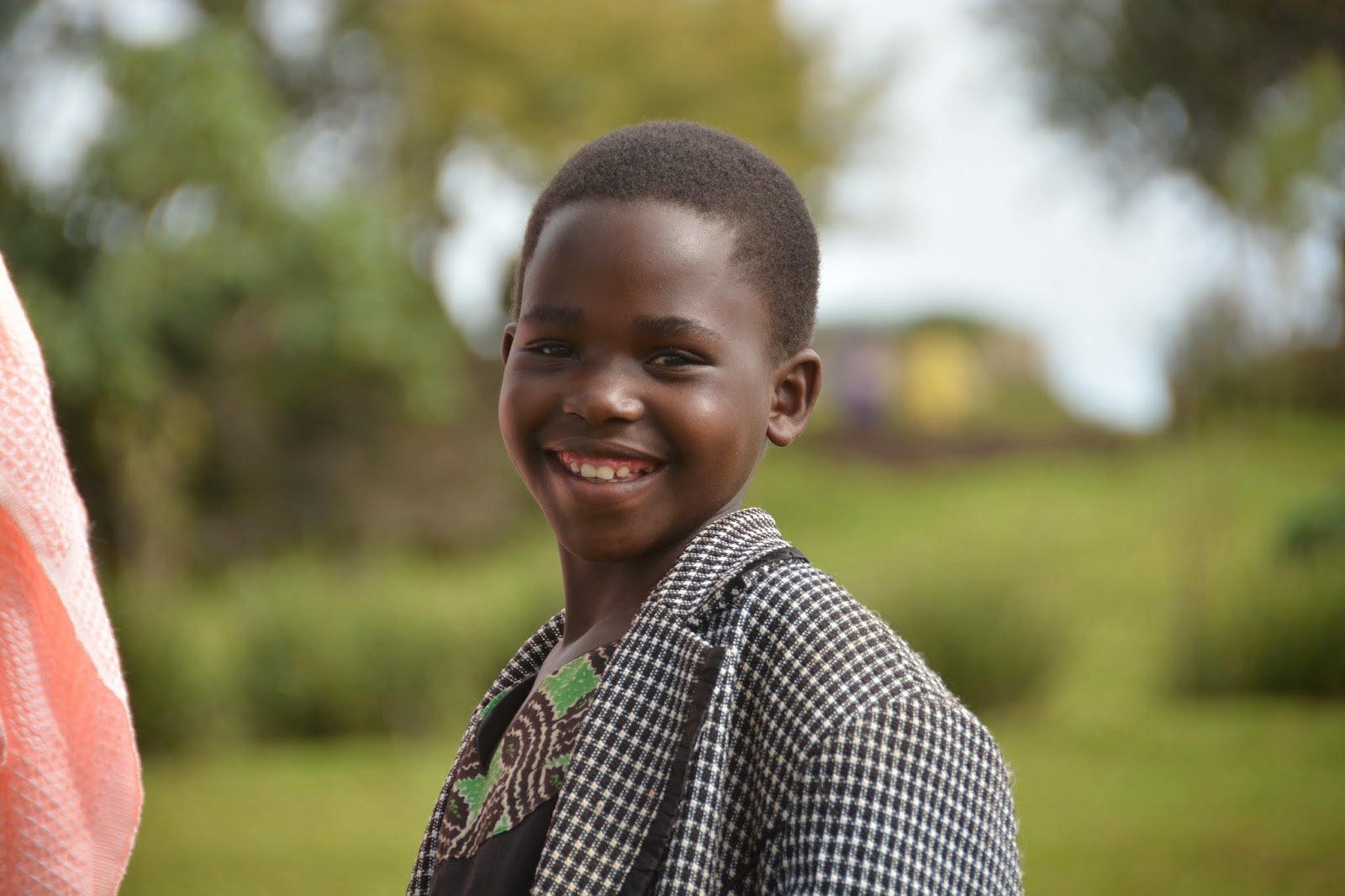 we've a limited number of days to finish those words ------- oh Lord, open our eyes, and help us to do what is right in YOUR eyes.