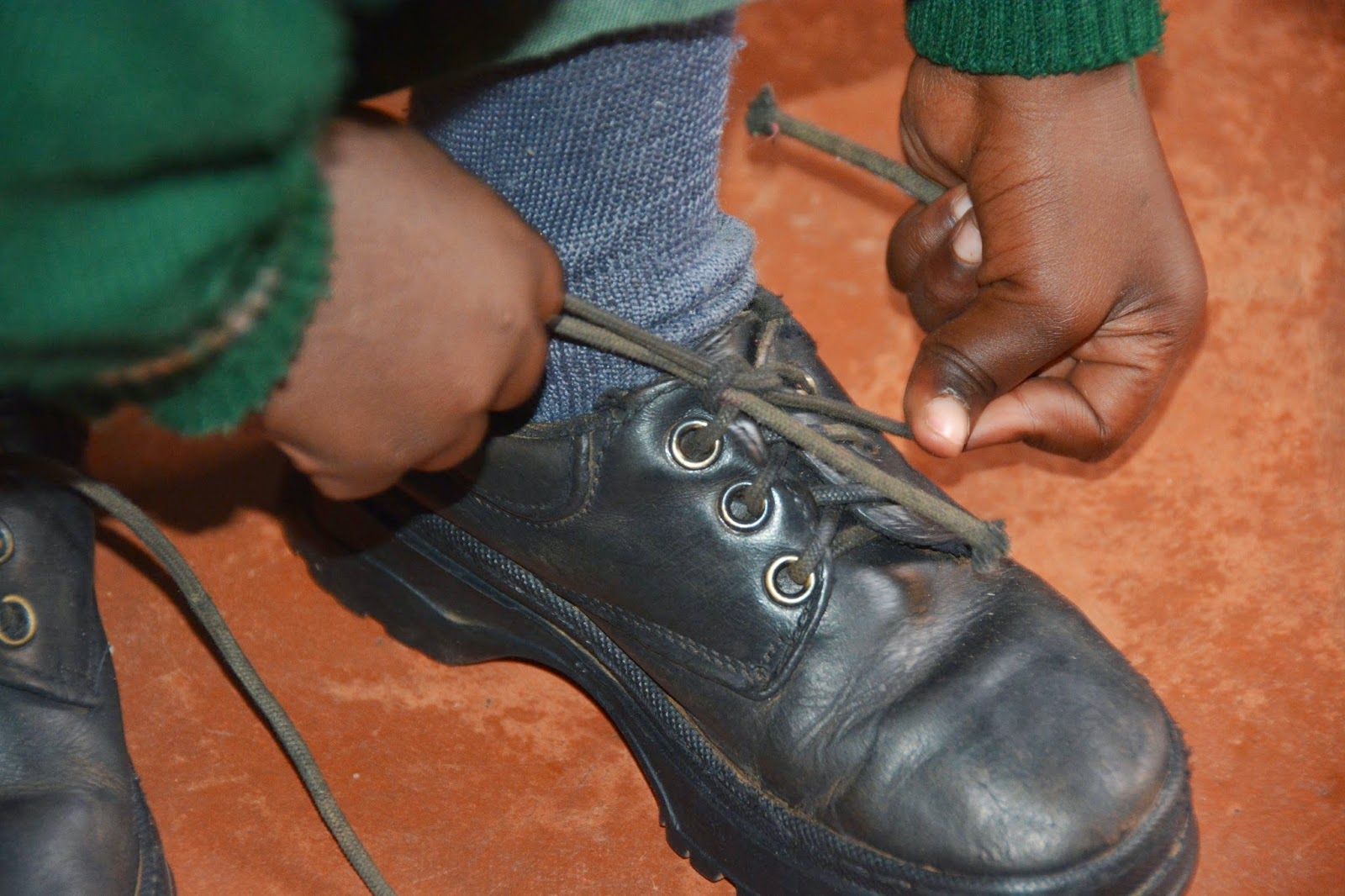 While little Grace was still in her mother's womb, Jesus moved in beside her, into her mother's soul. Just as if He wanted to be sure she felt Him near...

Abandoned by her earthly father, her mother wept over how she would ever be able to feed four little mouths on her own. Life for a single mother in Africa is like paddling upriver e-v-e-r-yday. There's the stigma of society that silently taunts “why” do your children not have a father; there's the struggle of putting a roof over their heads and food in their ever aching stomachs. Never-mind that the mother has remained faithful and had no power to hold the father to the place he should have stayed. So many things ache here. Mosquitos bring malaria. Bad water brings typhoid. Even the dirt here holds hidden parasites and jumping jiggers. But on that dirt dances a little girl who has mesmerized this writer with her worship.

Grace. She sparkles in a unassuming, silent way. She looks no different than all the others around her. Just one in a million of close shaved heads bouncing down a dirt road. But she is.

Her mother, Eve, shared with me once that she wondered at why God would choose to place one like Grace under her care. “What do you mean, Eve?”, I asked. “It's just that Grace teaches me, but she has no idea all I learn from her.” And Eve began to share the holy-beauty of this little snaggle-toothed treasure. She said...
“When Grace talks to God she holds nothing back. She wails and cries knowing she is in a crowd of many, but calling out to have God's eyes come upon her alone. She neither notices nor ponders what another might think, for she is most interested in calling on the One who made her. She knows He loves her, hears her, cares for her. She knows. Not because she's been told it is so, but because she … well, she just knows it to be true.”

Once while at their church and when Grace was just old enough to go to school, she asked her mother why her friends were beginning school the next day, but she was not. With gentle words, Eve explained, “Grace, I have no money to send you to school. But when God gives us the money, you will go to school.” Grace smiled. Looking down she walked slowly away, crossing the church to the far distant corner where no one was sitting. It was not a Sunday, so few were there. But Eve and her children often went to the church during the week. They sometimes even slept there. When life is hard at home, church becomes a refuge. Eve sat with a friend who had taught her much as a young Christian mother, little Grace sought the solitude of the corner.
Minutes later, cries were heard coming from Grace's corner. Eve froze and strained to hear what was wrong. Faintly at first, but then growing in strength, little Grace's words came, “God, I cry on you! Really, God, I cry on you for help. You see, you know, you know what is needed. You know my mother needs money to send me to school. You know my brother needs to go with me. You know.. God... GOD... OH GOD... you are the One to take care of us. My mother will send us to school if you send her the money. But GOD, you must make a way... I cry on you GOD”
"Nakulilia Mungu wangu" (swahili for "i cry on you my God" )

All this gushed out in high pitched wails.
Not in subtle, soft, polite, proper whispers. No this little one was “calling” to God and crying on Him. Eve began to move to stop Grace from disturbing the others. Eve was concerned with the volume of her daughter's words, she didn't want her child distracting others from their grown-up-things. And Eve was herself, just learning the ways of God. As she began to move towards Grace, the lady beside stayed her with these words, “Eve, we grown-ups need to learn from your Grace, she is wiser than we. You told her what was needed, she is asking. We sit and talk about our problems, she takes them straight to the One who can do something about them. She cares little for how she looks, she wants to see God. Grace is right. She is talking to God --- and now we pray and ask, 'God will you please hear the prayer of little Grace.'”

The wailing prayers rolled into asking forgiveness for the wrongs of anyone in her house. Asking for God's help to show them all the way He wants them to live. “Help us Lord, forgive us, show us, forgive us...” The cries were high pitched and melodic. The kind that hold air still.
After about 20 minutes of this (yes, twenty minutes of prayer from a 6 year old wee-warrior), Grace got up, wiped off her clothes, and walked home.
That night there came a call on Eve's phone.
A neighbor was asking for Grace and Peter to be up early in the morning, prepared to go with her to school. Eve asked, “How can you take them to school, for I have not school fees to send with them?”
The neighbor said, “Never you mind, just have them ready early.”
Then early in the morning Eve went to the church to pray as usual.
As the sun rose Eve returned home and awakened the children, with instructions to get dressed and be ready for the neighbor's arrival. She spoke not of what the neighbor had said, the children were just to go with her. Eve held it in her heart, had God heard Grace's prayers?

Hours passed until evening, and finally Grace and Peter returned, with a full year's school fees paid and sporting new school uniforms. And Grace... well she danced and danced twirling herself about and moving every inch of her tiny frame, shouting in a sing-song way, “God you love me, really you love me. You have taken me to school and given what I asked. Oh God I thank you, God I thank you, really, GOD it is YOU who has done this. God surely you love me...”
Eve was learning from her 6 year old prayer-child. God had moved the heart of a missionary just the day before when Grace was praying. The missionary gave funds to cover school fees for 20 children and had asked the neighbor to find the best candidates. By nightfall, 18 children had been found, but 2 were still needed. As the neighbor had prayed for two more children, Grace and Peter had come to her mind. … " Nakulilia Mungu wangu" ---“God, I cry on you! Really, God, I cry on you for help.”... 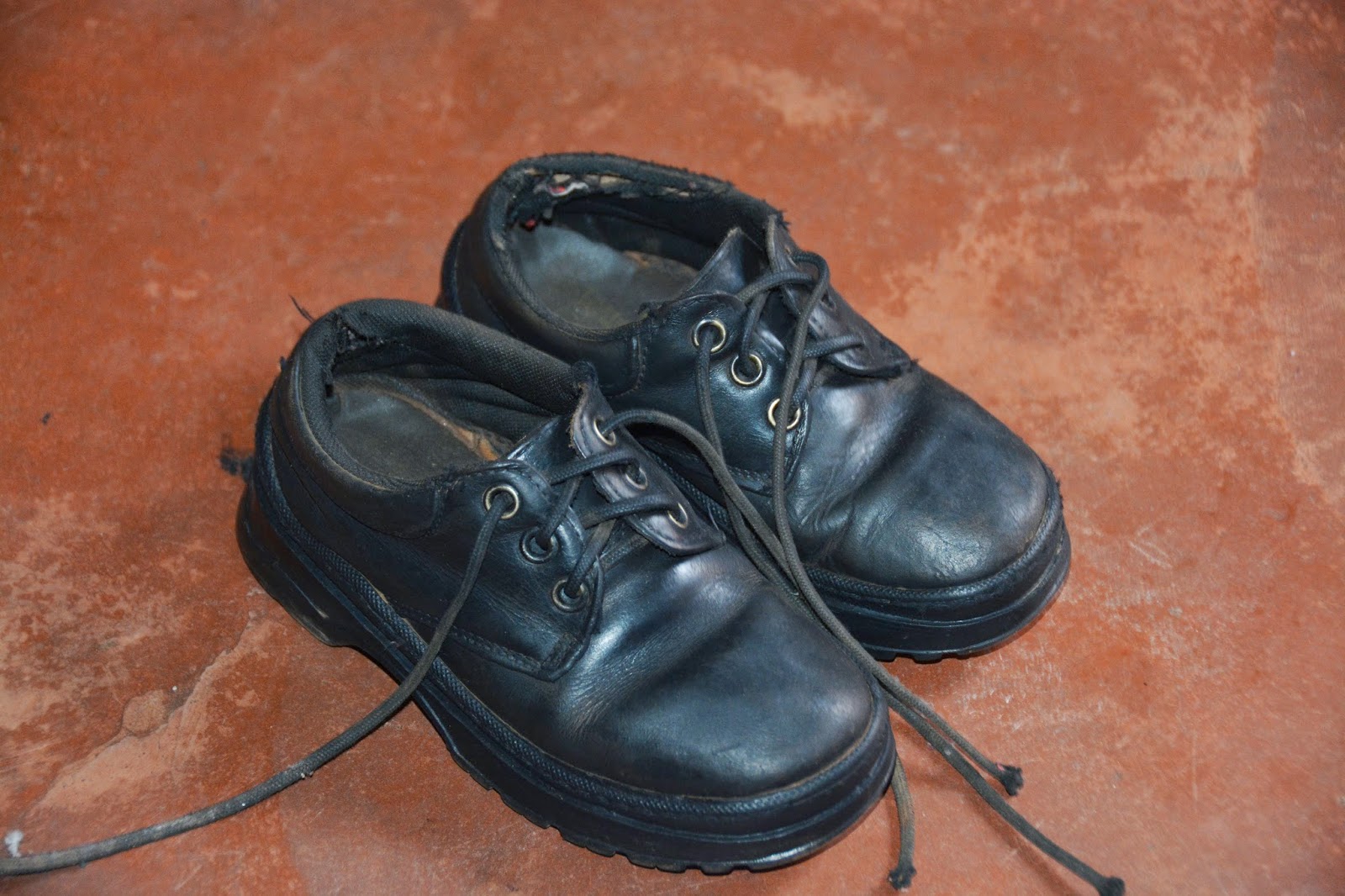 Tiny Grace has four pairs of shoes in this world. School shoes, church shoes, rain-boots, and rubber shoes. She dances in those shoes.
How many pairs of shoes do I have? How many of them have danced for joy over the goodness of God?
Oh God... i am learning.

This year... the anonymous missionary was no longer able to pay for the children's school fees. But, another has done so and has paid all that is needed for the next 2 years. A little girl's prayers in the corner of a church moved Heaven. And perhaps the Father loves to see His little Grace dance!

One night at dinner time Grace sat back in her seat and said, “We always have vegetables, but never any meat. Mom I want cow-meat to eat. Can we have some cow-meat?” Eve explained that cow-meat was costly and they were blessed to have vegetables. Grace threw back her tiny head and says, “Lord (in a perfectly wonderful high-pitched tone), we thank you for the vegetables, they are good and we are glad for them. But would you please send us some cow-meat to eat? It would be so good to eat ...”. Finishing her food she settled in to sleep. Eve smiled.

The next day Eve came to work and no sooner had she arrived but I called her into the kitchen and said, “Eve, yesterday I bought two packets of meat at the market. It is good beef, but I cooked one last night and it is just too tough for us. Would you be willing to take this one home with you and cook it long so it will be tender with your vegetables tonight?” Eve looked at me with a most curious look, but replied with a quiet, “Yes mom, I will cook it tonight.” I was concerned that my gift of 'tough' meat might have offended. So I purposed in my heart to be more careful the next time.

The following day Eve shared with me how God had worked through Grace's prayers and how I, completely unaware of Grace's request to God, had handed her a packet of cow-meat the very next morning. Eve's curious look had only been an expression of shock at God's quick provision after Grace's prayer just the night before.
Most beautiful was Eve's telling of how Grace had danced
and danced
and danced
when Eve had arrived home the evening before with a packet of cow-meat for their dinner. 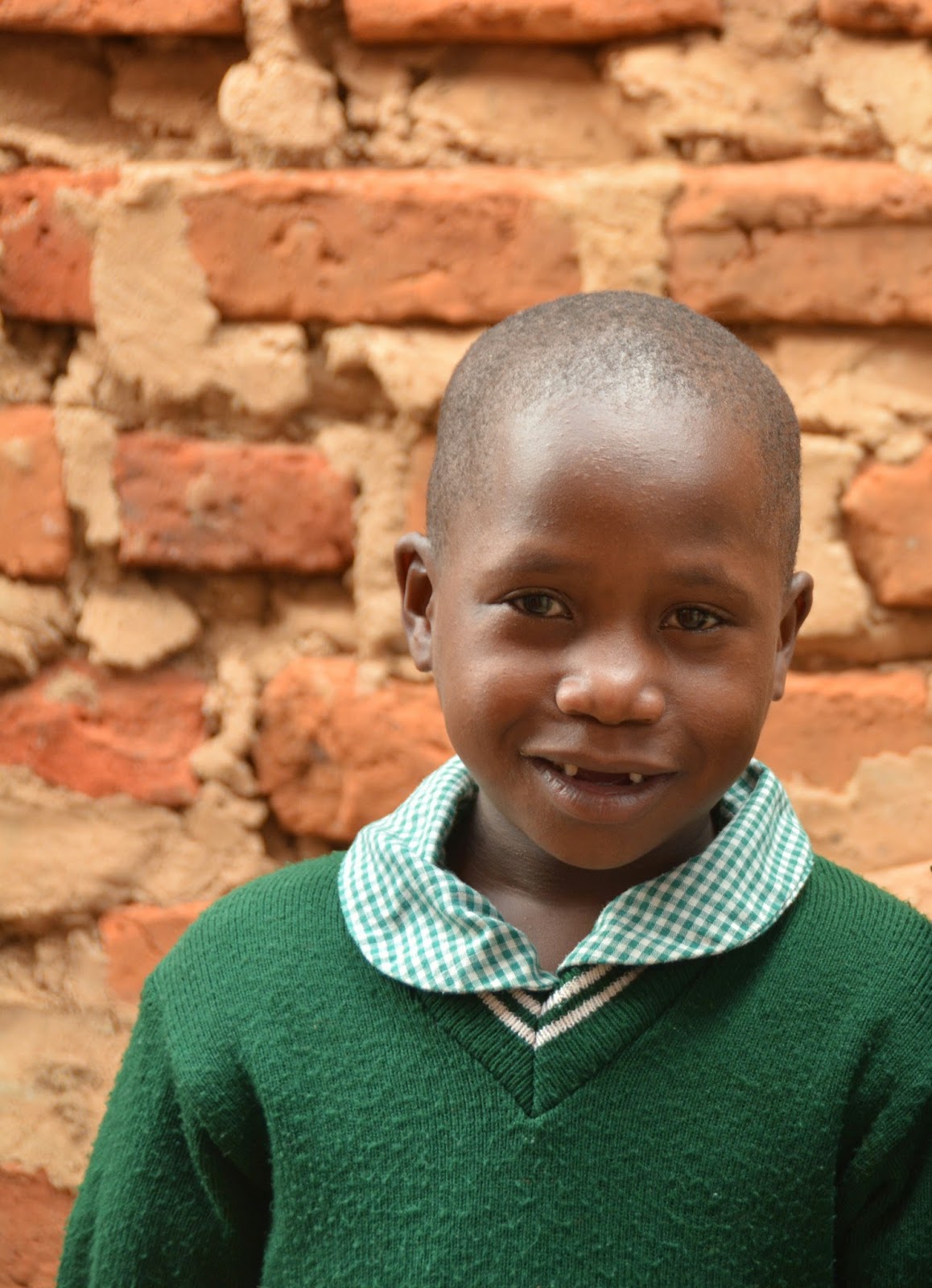 How long has it been since I DANCED for joy over the goodness of God?
David danced.
David even danced naked... (that's not happening!!)
But ---- HE DANCED for joy.

Have I held myself too carefully? Do I worry too much over what “they” might think? Is it the eyes around me or the eyes above me that matter most?

In my inner most being --- I know GOD loves for little Grace to dance.

…[Christians] believe that the living, dynamic activity of love has been going on in God for ever and has created everything else. And that, by the way, is perhaps the most important difference between Christianity and all other religions: that in Christianity God is not a static thing–not even a person–but a dynamic, pulsating activity, a life, almost a kind of drama.  Almost, if you will not think me irreverent, Christianity is to be a kind of dance…
And now, what does it all matter?  It matters more than anything else in the world.  The whole dance, or drama, or pattern of this three-Personal life is to be played out in each one of us: or (putting it the other way round) each one of us has got to enter that pattern, take his place in that dance. There is no other way to the happiness for which we were made.”