With Paper Dolls in a Cardboard Box... 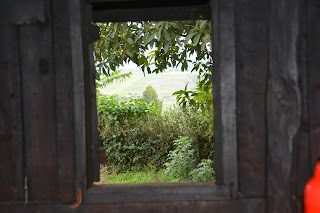 With cut paper doll toys in a cardboard box filled with sand, we lay on the grass under blue skies, and he told me a story.

He's a boy in Kenya ---- a boy with a story.
But on this day, he didn't tell me “his” story. Instead, he shared one he made up in his mind.
A story of forgiveness... coming from one who has solid grounds to hold unforgiveness inside.
Allan is his name. I asked if I could share his story with many. His soft smile and gentle nod is why I now humbly share it with you.

Once upon a time there was a man, a woman, and a baby. They lived in a small house together. They had a garden but nothing was growing there.
One day they found a large parcel. They were excited. They hoped something special would be in the package. But when they looked inside, nothing was there except for one tiny seed.
The man and the woman thought perhaps it was a bean seed, so they planted it in their empty garden.
Every day they cared for the seed. They watered it and watched over it carefully.
Day after day the seed grew until finally it grew into a tree. They were not sure what kind of tree it was until one day an apple grew on the tree.
The man picked the apple and took his knife to cut the apple in half so they could share it for dinner.
But when he did so, they found gold coins inside the apple.
Wow! They were so excited. Never had they ever had so many coins.
The family put the coins in their pocket and went to town to buy food. Each day they picked another apple from the tree. Each day they went to town to buy more food.
Soon they had plenty of food so they began to buy others things with the coins found inside the apples from the tree.
They bought new furniture and clothes and many other things for their house.
Then the man decided to build a very big house so his family could live in a nicer place with many things.
The apple tree kept growing coin filled apples so the family was soon able to move out of the small house and into the big house.

The family was so busy picking apples and buying new things with the coins inside, they forgot to continue caring for the apple tree.
The tree became unhealthy and was not able to give so many apples as it had before.
Then one day the mother said, “We must remember to water our special tree or it will die.”
And so they did.

In time, the family decided to sell all their fine furniture so they could use the money to buy food for their stomachs. Then one day the father said, “We must sell this big house we built so we can buy food. We will need to move back into the small house where we use to live.”
The family was very sad and hungry.

One day the family heard voices.
They saw their neighbors coming down the path leading to the small house.

They remembered how many times they had not greeted their neighbors and even ignored them when they saw them in town. They were sad.

The neighbors knocked on the door of the small house.
The man and woman opened the door.
How surprised they were to see their neighbors arms filled with food and water! They welcomed the neighbors into their house and knew ------ they would never forget this kindness.

And the lesson to my story is this...
We must always forgive.

White clouds were floating overhead. Birds sang loudly. Dogs barked in the distance. Wind slid silently through tree leaves above us. And in front of me ----- sat a tiny teacher.

We sat in silence after the story ended.
He smiled a shy “did you like my story?” kind of smile.
I smiled a “that was a wonderful story” kind of smile.
And I wondered...
did young Allan know he was preaching a sermon better than any pastor in any pulpit?
This wounded child was teaching me, the one who was working to minister to him.

I'd learned the lesson of forgiveness before. I'd memorized the scriptures and even told the Bible stories to others. I'd spent a whole year of my life repeating the simple words “be quick to forgive and generous with grace donna, quick to forgive and generous with grace” and worked diligently to live the words, not just say them.
But never had the reminder come in such a way as this; with little dark-skinned hands moving cut paper doll toys across white sand ----- and narrations spoken in soft, lyrically laid words rolling from such a tiny tongue.

We can read of it in Matthew 18: 21-35.
It's straightforward.
Forgive others when they have wronged you or the Father who loves most will allow the “torturers” to torment.
We don't forgive because the offender deserves it... rarely could they ever deserve it. We forgive because we are told to do so by the Father ---- and we can trust that He truly knows what is best.

Is it any wonder my blood chilled through and through as I sat with this child who had been rendered deeds that required MUCH to be forgiven ----- and forgiveness flowed all round. 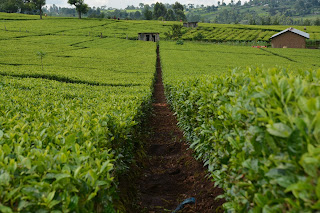