The primary battle of life... 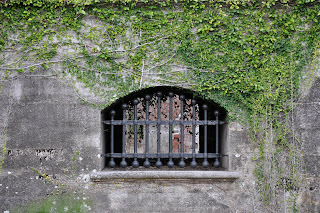 Do we realize there is a spiritual battle surrounding us? It would be more comfortable to stick my head in the sand and dream of Disney World --- but as i've shared in a previous posting -- comfort is no longer allowed to be my god. And so we face what is uncomfortable in order to know the full truth of all matters.

One of the books i'm currently reading is Neil Anderson's "Bondage Breaker". It's a must read.
Becoming knowledgeable about the "battlefield" our Lord clearly told us we are on (Ephesians 6:12) --- is a must. Why else would our Lord have instructed us to "put on the full armor of God, so that you can stand against the devil's schemes."? (Ephesians 6:11-13)
Our Father knew we would need armor ---
He knew we would be in the middle of a battle ---
He knew some would choose silent defeat and prefer sitting on the bench --- preferring average with "self" over extravagant with God. After all - average is easier than extravagant. Average is what comes naturally, extravagant must be pursued.
But He knew some would be willing to "stand" -- and they would need His help in choosing the armor that would be effective against the dark one.


We, those who have chosen Him, those who are saved by His Grace, are to be living lives that are powerful and anointed --- not defeated and weak, we may have weak moments, we may feel defeated for a time - but we are NOT to be living there. "By His wounds we are healed" (Isaiah 53:5 and 1 Peter 2:24)  On the cross, Christ defeated the enemy FULLY. The one who is like a roaring lion, seeking who he can devour (1 Peter 5:8) --- knows he has been defeated - but he wants to consume all that he can before the final trumpet blows announce the final return of the One who defeated him. 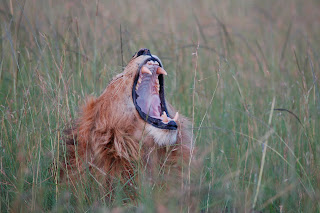 Lions eat flesh ---- the flesh the enemy wants to devour is in our minds, in our thinking, in our heads.
But God in Heaven tells us in His Word exactly how to "resist the devil --- and he will flee". (James 4:7)
We are lambs --- we, in and of ourselves are truly helpless --- but we have a mighty Shepherd.

In Neil Anderson's "Bondage Breaker", he teaches us about one of the primary ways the enemy will work to devour his prey --- after all --- the easiest prey to kill and devour would be prey that is held in some sort of bondage... 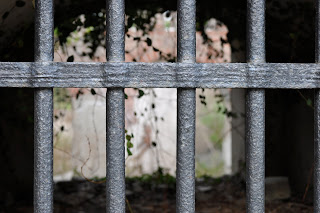 Mr. Anderson writes:
"To deny ourselves is to deny self-rule. Dying to self is the primary battle of life. The flesh scrambles for the throne and struggles to be God. Jesus doesn't enter into the battle; He's already won it. He occupies the throne and graciously offers to share it with us. But for some deceptive reason, we want to be king and rule our own lives. Until we deny ourselves that which was never meant to be ours --- the role of being God in our lives -- we will never be at peace with ourselves or with God, and we will never be free.
"You were not designed to function independent of God, nor was your soul designed to function as a master. 'No one can serve two masters' (Matthew 6:24). When you deny yourself, you invite God to take the throne of your life, to occupy what is rightfully His, so that you may function as a person who is spiritually alive in Christ. Denying yourself is essential to spiritual freedom."

"Dying to self" or denying self has nothing to do with maiming or defacing the physical body --- no self destructive act is reflective of a person "dying to self". Peace is usually the overwhelming quality of a person who has died to self and lives in Christ. (Colossians 3:1)

So what does "self on the throne" actually look like? How can we know if we have unknowingly placed ourselves on an invisible throne? (remember the enemy is called the master deceiver -- he will rarely make it obvious when he is at work in our lives)

-my thoughts are not measured against God's Word and therefore they rule my life
-my desires matter more to me than God's plans
-my wants dictate my choices rather than God's guidance to me
-my way must prevail
-self promotion is common place - i must impress others
-what others think of me controls me --- not what God says to me
-it's all about how it looks - not how it really is
-i'm willing to make others feel guilty to get what i want
-when I will control and manipulate others to get what i want
-when i think i know what is best-- "if they would just listen to me..."
-when i embrace the notion "that's just the way it's always been" and therefore
i do not reach for God's desired changes in my life
-when reaching for "more"of God's ways" is too much of an effort
-when hurts control our minds - and become our focus
(yes - feeling sorry for ourselves/self pity - is a personal throne room)
-when i do not "listen" to others but instead am planning my words of response as they talk
-when impressing others drives me
-when i am willing to intimidate someone to get my way
-when i will abuse my authority over another to feel powerful
-when i'm afraid to speak God's truths because i don't want to "upset" anyone
-when i want you to "like" me so much that i'm unwilling to be honest with you
-when how i "look" matters more than how i made another "feel"
-when what i want, feel, or think matters most...
and i'm willing to "walk on" others to have it
(but not in ways that will necessarily show --- because i wouldn't want to "look bad")
i lived for much of my life ---- bending an invisible knee to "self" ---- this nauseating god that can remain deceitfully hidden, just out of our own eyesight. But --- be certain of this --- others in our life can see it very clearly --- when "self" sits on the throne.
They are wounded by its presence.
Our Lord is GRIEVED at the idolatry.
(I know -- that sounds so very harsh ---- idolatry --- but it is the truth.)
Many, many Christians ---- wonderful, good, even Godly people --- have a masked "self" sitting on a throne in their life. It's a clever plan of bondage put in place by the enemy of our Lord.
Bow down to "self" ---- and be devoured ---- which promotes defending and protecting "self". It's a circular spiral downward ---- defeated and confused ----- as "self" leaves us empty, usually alone, and lacking so much (even though everything might still "look good" on the outside).
Likewise --- die to self --- that Christ may increase (John 3:30) ---  willing to put to the side what "self" wants, or thinks (tear down that throne) ----- and the "good fruit that will last" will be abundant -- filled up to overflowing. (Matthew 7:20 and John 15:16) 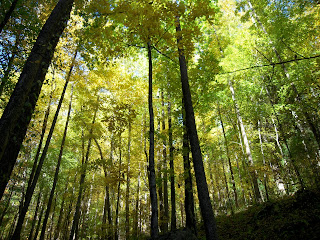 It won't look the way "self" would have planned it.
It will be much, much better.
"Thus, by their fruit you will recognize them." Matthew 7:20 (NIV)

"Looking at it one way, you could say, "Anything goes. Because of God's immense generosity and grace, we don't have to dissect and scrutinize every action to see if it will pass muster." But the point is not to just get by. We want to live well, but our foremost efforts should be to help others live well." 1 Corinthians 10:23-24 (the Message)

Photos taken by Maggie on Cumberland Island, GA and Steve at the Maasai Mara, Kenya
Posted by Donna Taylor at 7:54 AM